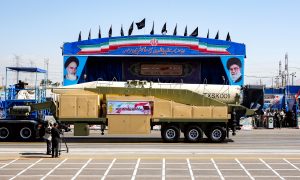 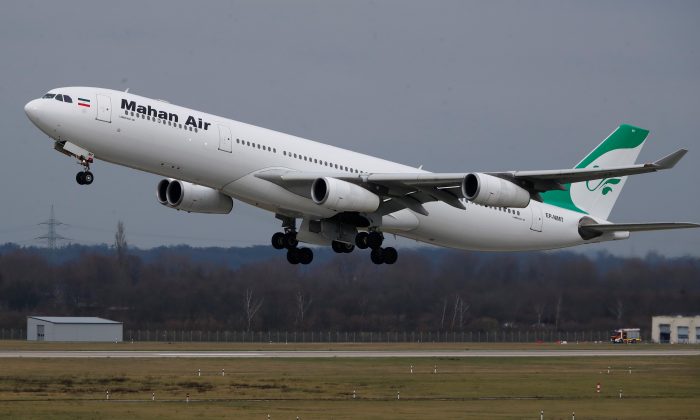 An Airbus A340-300 of Iranian airline Mahan Air takes off from Duesseldorf airport DUS, Germany, on Jan. 16, 2019. (REUTERS/Wolfgang Rattay
US News

Germany Bans Iranian Airline From Its Airspace After US Pressure

Germany has revoked the license of an Iranian airline because it has been transporting military equipment and personnel to Syria and other Middle East war zones, the foreign ministry said on Monday, after heavy U.S. pressure on Berlin to act.

The United States imposed sanctions on Mahan Air in 2011, saying it provided financial and other support to Iran’s Islamic Revolutionary Guards (IRGC), and has been pressing its European allies to follow suit.

U.S. Treasury Secretary Steve Mnuchin said on Monday that the “U.S. Treasury appreciates the important decision by Germany to deny Mahan Air’s landing rights. Mahan routinely flies IRGC-QF and weapons to Syria, is subject to our terrorism secondary sanctions, and should be denied access around the world.”

Contacted by Reuters, Mahan Air in Tehran said it could not comment immediately on the ban.

The measure does not signal plans for the reimposition of broader sanctions against Iran, a German government source told Reuters.

Mahan Air, established in 1992 as Iran’s first private airline, has the country’s largest fleet of aircraft and has flights to a number of European countries, including France, Italy, Spain, and Greece.

The U.S. ambassador in Berlin, Richard Grenell, who has long objected to Mahan Air’s links to Germany, welcomed the ban.

“Mahan Air has flown terrorists, weapons, equipment, and funds to international locations to support Iranian terrorist proxy groups,” he said in a statement.

“Iran’s use of Mahan Air to support the Assad regime in Syria, for example, has contributed to incredible human suffering, violence, and political instability felt across the world,” he said, referring to Syrian President Bashar al-Assad.

German government spokesman Steffen Seibert denied that the decision to ban Mahan air was the result of U.S. pressure.

“The German decision is based on considerations of our security needs,” he told a regular news conference.

“It cannot be ruled out that this airline could also transport cargo to Germany that threatens our security. This is based on knowledge of past terrorist activities by Iran in Europe,” he added.