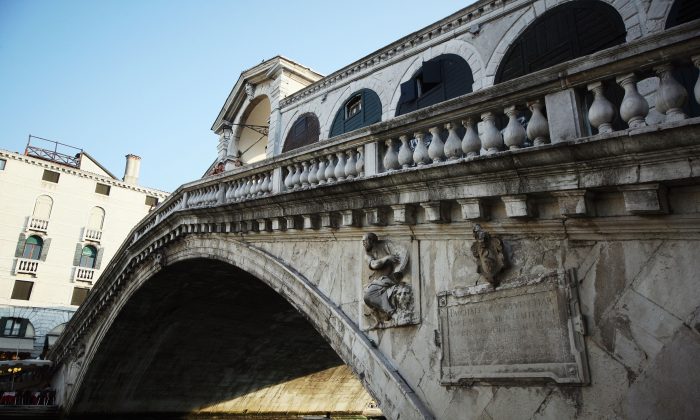 A general view of the Rialto Bridge over the Grand Canal during the 65th Venice Film Festival in Venice, Italy, on Sept. 2, 2008. (Dan Kitwood/Getty Images)
Europe

A 50-year-old German tourist was killed Sunday in a gondola crash in Venice, Italy, according to Sky News. The man, his wife, and three children, and the gondolier fell out of the gondola as it collided with a ferry near the Rialto bridge and the man was likely crushed between the gondola and ferry, reports Ansa news agency.

The man’s 3-year-old daughter was taken to hospital for injuries, but she is expected to survive. She may need reconstructive surgery on her face.

The mayor of Venice, Giorgio Orsoni, said it is a problem of traffic control which has become pressing and must be addressed. “I am very sorry for what happened,” he said, according to a translation of the Ansa article.