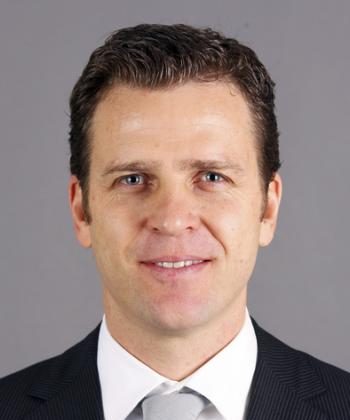 Soccer is a Driving Force for Integration

Most of us agree that anybody living in Germany has the right to take part in public events. This is regardless of the color of their skin, their gender or religious leanings. We consider this as self-understood and as a basis for our society. Nevertheless, many immigrants to Germany face challenges on the path to social integration. Situations that look on the surface "sure-fire" are in reality quite different.

With the ratification of the DFB Integration Concept in July 2008, the directors of the German Soccer Association have established a solid basis to achieve change [in this regard]. At the passage of this seven-page document, DFB Vice President Rolf Hocke said, “The DFB recognizes its societal responsibilities with this Integration Concept/Policy, based on cultural diversity as spelled out in the laws and constitution.” He pointed out that soccer has long been a force for integration. Mr. Hocke's duties extend to statutes dealing with integration and leisure-sports activities on a broad basis.

The soccer field is frequently the gathering place for groups from different cultural backgrounds and thus also a language school. Mr Hocke continued, “Cooperation and getting along with each other are often more apparent on the soccer field than in many other areas. That is why our goal is clear: we wish to expand the framework for respectful and tolerant co-existence."

According to statistics from the Interior Ministry, Germany is home to 15 million people from varying immigration backgrounds. A recently published report stated that so far, 30 percent of families in the older Bundeslaender (German States) are of migrant background. Such diversity enriches our lives, but also presents integration problems. Many immigrants have already found their niche in society, but many more speak insufficient German, rate poorly in education and job training and thus suffer greater impact from job losses than the general population.

The DFB defined the ratified concept as: the creation of information and educational opportunities relating to cultural competencies for people of immigration backgrounds, and opening pathways for those without it is seen as one of the key challenges for the coming months and years.

“We will integrate into the requirements for licensing trainers and referees and club wardens the methods of inter-cultural competency. The reality is that in several sensitive areas, every second active soccer player has an immigration background," said Mr Hocke.

DFB President Dr. Theo Zwanziger had already mentioned at the Frankfurt Integration Congress about a year ago, “That grandfather who out of fondness for his grandson is a trainer for a youth group is suddenly confronted with a group of youth from various cultures and is often outside his comfort zone. It is vital to supply the clubs with integration education."

DFB integration-designate Mr. Guel Keskinler was born in Istanbul and raised in Germany, and he also reiterates soccer's advantageous position [in cultural integration], "Immigration and integration have a central position not merely in our nation, but all over Europe. Participation in soccer is not a cure-all, but it is able to build bridges and offer a possibility to belong."

Aside from schooling for trainers, referees and club wardens, clubs themselves and those individuals active in club business must enhance their intercultural competencies. It is planned that in the near future each State Association will have its own integration specialist.