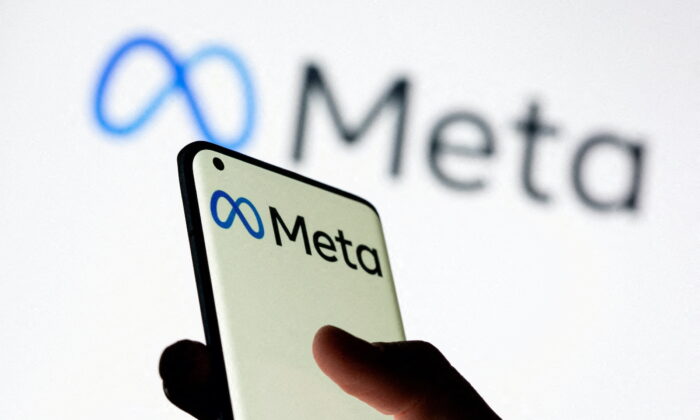 A woman holds a smartphone with the Meta logo in front of a displayed Facebook's new rebrand logo Meta in this illustration picture taken on Oct. 28, 2021. (Dado Ruvic/Reuters)
Media & Big Tech

BERLIN—Germany’s cartel office said that Meta Platforms Inc., the owner of Facebook, has “paramount significance for competition across markets,” a classification which gives the regulator more leeway to curb digital companies’ market power.

Under legislation introduced by German lawmakers in early 2021, the cartel office can ban what it deems to be anti-competitive activities.

Meta, which also owns Instagram and WhatsApp, operates a strong, ad-supported social media ecosystem that continues to expand and is used by a large portion of the population in Germany, the cartel office said in a statement on Wednesday.

It said the new classification would form the basis for a more rapid conclusion of ongoing antitrust proceedings against Meta.

In 2019, the cartel office ordered the company to curb its data collection, saying the world’s largest social network had abused its market dominance to harvest the information of its users without their consent. Meta, then called Facebook, appealed the decision, and the matter is still pending in court.

The cartel office also initiated abuse proceedings against Meta in 2020 related to the links between its Oculus virtual reality products and the social media network.

“Even if we do not share the reasoning that has led to the Federal Cartel Office’s decision, we will continue to concentrate on providing our users in Germany with the best possible experience in keeping with all the laws and regulations,” a spokesperson for Meta told Reuters.