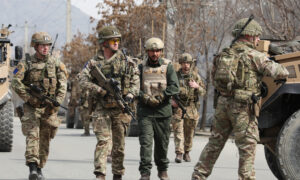 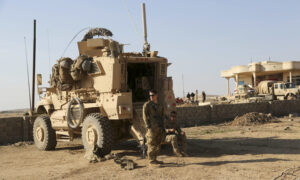 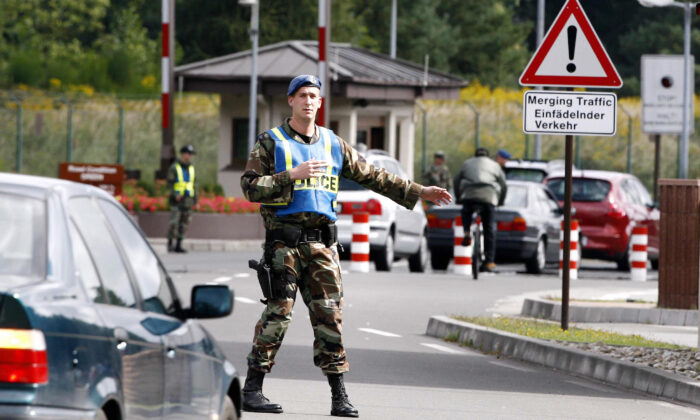 In this file image, US military police control a cars entering the US - airbase in Ramstein, 05 September 2007, (Torsten Silz/DDP/AFP via Getty Images)
US News

Four men suspected of plotting a terrorist attack on U.S. military facilities in Europe have been arrested by German authorities in dawn raids.

A fifth member of the terrorist cell was already in detention.

According to a statement issued by the federal prosecutor, the group had obtained guns and ammunition and had ordered parts for a homemade bomb on the internet.

All five are Tajikistan nationals who had sworn allegiance to ISIS in early 2019, and had high-ranking contacts within the terrorist organization in Syria and Afghanistan who were giving them instructions.

The group initially planned to travel to Tajikistan to join the armed jihad against the government. This plan was abandoned, however, and instead, they turned their attention to U.S. military bases in Germany.

According to the prosecutors, they had already carried out a reconnaissance mission on a U.S. Air Force base. They also had been surveilling a potential murder target, who, from their perspective, had been critical of Islam.

One of the members, named only as Ravsan B. by German authorities, had provided instructions to make improvised explosive devices. The group already had some of the components, which they had ordered online.

Two of the suspects are also accused of traveling to Albania to carry out a $40,000 assassination that fell through.

The four suspected were arrested in the state of North Rhine-Westphalia in the west of the country, where two U.S. Air Force bases are located.

Germany is host to the largest proportion of U.S. troops in Europe, with around 38,000 in total at various bases across the country, according to Deutsche Welt, including around 9,600 members of the Air Force at the two airbases.

In total, the United States has around 74,000 troops in Europe, according to the Congressional Research Service.

After reaching a peak in Europe a few years ago, ISIS attacks have since eased, although they still continue, and plots continue to be uncovered.

In Germany, most recently, police arrested three men in November 2019, accusing them of planning a bomb attack in the name of ISIS.

The worst ISIS attack on German soil took place in December 2016, when a man claiming allegiance to the group drove a truck through a busy Christmas market in Berlin, killing 12 people.

What would have been the first biological weapons attack by the group was foiled by German police in 2018, when a suspected Tunisian ISIS member was arrested in possession of the deadly poison ricin and bomb-making material.