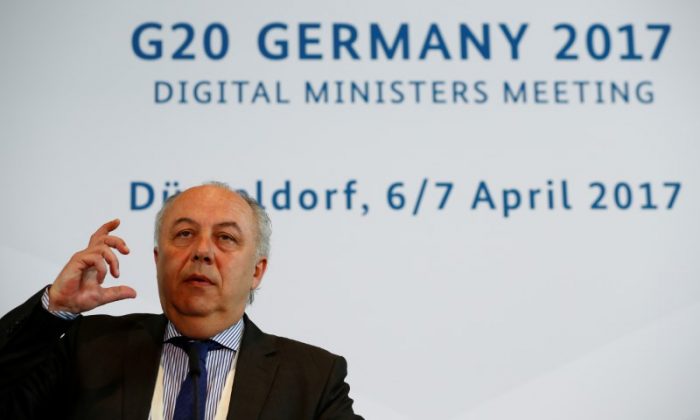 BERLIN—Germany wants to acquire the legal means to take a closer look at bids from Chinese companies to acquire German and European companies in order better to protect technologies, a German minister told newspaper Welt am Sonntag.

Matthias Machnig, state secretary in Germany’s economics ministry, said it was urgent that proposed Europe-wide measures to police surging Chinese investment be adopted by the end of this year.

“It is essential that we get a tougher law in the European Union this year to resist takeover fantasies or outflows of technology or know-how,” he said in an interview, excerpts of which were made available on Saturday.

The paper cited a study by the Cologne Institute for Economic Research that showed the volume of known Chinese investments in Germany had risen to 12.1 billion euros ($15.03 billion) in 2017 from around 11 billion euros the year before and just 100 million euros seven years ago.

Concern has been growing across Europe at China’s buying spree on the continent, with investors snapping up often iconic businesses in a way many fear could threaten Europe’s position as a high-value economy.

“With its innovative companies, the EU is attractive for many around the world,” Machnig said. “Takeovers are becoming more frequent, often under market-distorting conditions.”