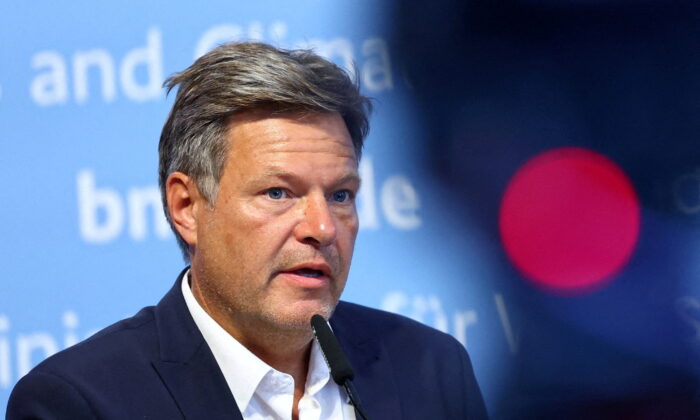 BERLIN—German Economy Minister Robert Habeck ruled out on Sunday extending the lifespan of the country’s three remaining nuclear power plants in order to save gas, saying it would save at most 2 percent of gas use.

These savings were not sufficient to be worth reopening the debate about the exit from nuclear energy given the consensus on the topic, he said during a discussion with citizens at the government’s open-door day.

The plants are due to be shut down by the end of the year under legislation introduced by the government of former Chancellor Angela Merkel following the meltdown at the Fukushima nuclear plant in Japan in 2011.

“It is the wrong decision given the little we would save,” Habeck said.

However, Habeck said he was open to extending the lifespan of a nuclear power plant in Bavaria if a stress test showed this was necessary to ensure the stability and supply of the electricity network in winter, he said. Results of the test are due in the coming weeks.

The southern state and manufacturing hub depends on gas-fired power plants and has few coal-fired plants and low wind power production. The fact that Germany is having to supply France with electricity due to a drop in nuclear output is another factor at play.