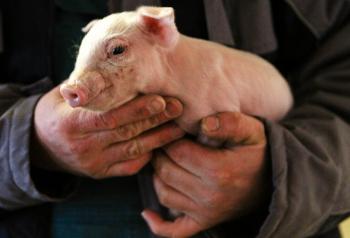 By Epoch Times Staff
Print
The German Farmer’s Association is calling for compensation from Harles & Jentzsch, the animal feed company that is accused of being responsible for animal feed that contained dioxin levels 77 times higher than allowable limits, Taz newspaper reported.

The dioxin came from industrial fats added to animal feed by Harles & Jentzsch, a fat-manufacturing company based in Uetersen, northwest of Hamburg.

In response to a dioxin contamination alert, German authorities halted shipments from around 5,000 hog and poultry farms, and suspended operations at other agricultural companies (including egg delivery companies) during the first week of January. Most of the farms have been allowed to resume business with only about 330 remaining closed. Some contaminated eggs were shipped to supermarkets, however.

German farmers want compensation, but it is not clear if they will get it. Harles & Jentzsch has now filed for insolvency.

Germany’s Minister of Food, Agriculture and Consumer Protection Ilse Aigner said in several statements that the state priority is consumer protection first, then information, with compensation as the third priority.

A spokesperson for the Office of Consumer Protection and Food Security in the state of Niedersachsen said the company committed “criminal acts” and an investigation into prosecution is currently underway.

Several countries, including South Korea, Slovakia, and China have stopped the import of eggs, poultry, and or pork from Germany over the dioxin scare.

Dioxins are a combination of petroleum-derived chemicals. They are by-products of industrial processes, including herbicide manufacturing and plastics incineration. Dioxins are a known carcinogen that can cause skin disease, miscarriages, mutations, and other birth defects.

Minuscule amounts of dioxins are found in our daily food and are saved in the fat cells of the human body. The government-set dioxin limit is based on supposed average levels of human consumption.

For many Germans, the word “dioxin” still triggers memories of the 1976 dioxin accident in the Italian city of Seveso, where a mistake in production led to an explosion that covered the surrounding countryside with highly toxic dioxin. Animals in nearby pastures died, and many people went to the hospital with severe skin problems.

Why Fat in Animal Feed?

Fats, as well as vitamins and minerals, are commonly added to animal feed to increase the quality of dairy and meat, as well as the animal’s productivity. Industrial fat is half the price of vegetable fat, which makes it an attractive, albeit illegal, addition for feed manufacturers.

The case has renewed debate over the poor conditions on egg and meat farms that are often dirty and overcrowded, and considered by many to be inhumane.