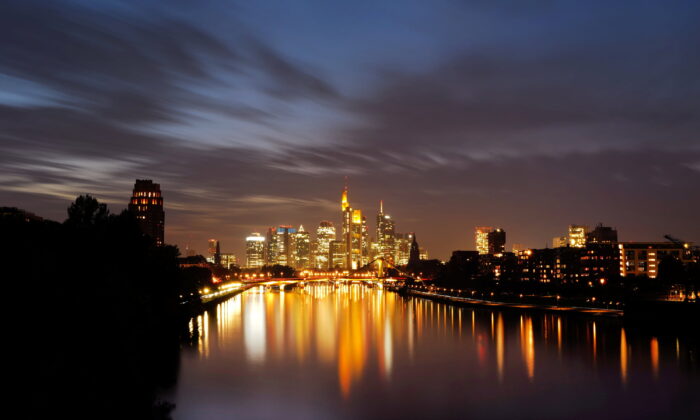 The sun sets behind the skyline with the banking district in Frankfurt, Germany, on Oct. 18, 2021. (Kai Pfaffenbach/Reuters)
Economy

Germany’s economy appears resilient after the first shock following the war in Ukraine, said Ifo economist Klaus Wohlrabe, who added there was no sign of a recession in the first half.

Supply chain problems remain a major problem for industry, with 75 percent of companies reporting problems, and three out of four retailers want to raise prices, Wohlrabe told Reuters in an interview after the publication of Ifo’s monthly business morale survey.