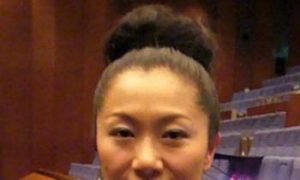 German Defense Minister Under Fire for String of Military Scandals

[xtypo_dropcap]G[/xtypo_dropcap]erman military commissioner Hellmut Königshaus strongly criticized the leadership within the armed forces in his annual report to the German Bundestag on Tuesday. Königshauss televised speech is particularly poor timing for Defense Minister Karl-Theodor zu Guttenberg who is being taken to task for a string of recent scandals in the armed forces, particularly regarding the two deaths of soldiers, and for mail sent via “Feldpost” (Army Postal Service), that arrived in Germany opened, and in some cases, emptied of their contents.

Last week, Guttenberg came under fire for delays in announcing the death of a 25-year-old female cadet aboard the training ship Gorch Fock. The incident occurred on Nov. 7, 2010, but was not revealed publicly until last week.

The second case was that of corporal Oliver O., who died in Kunduz Afghanistan on Dec. 17. Originally, it was reported that he died from a self-inflicted gunshot wound. A storm of trouble ensued when it was later revealed that he died by the bullet of another soldier, who had been playing with what he thought was an empty weapon.

According to Spiegel Online, Königshaus was informed about the Feldpost affair while visiting the troops in Afghanistan, and he revealed it to the German public by way of letter—which appears to be how the Defense Minister learned about it himself

When Guttenberg was informed about the death of the female cadet, who fell about 90 feet from the tall ship’s rigging right after she said she was too tired for the drill, the defense minister acted swiftly. He quickly dismissed the ship’s commander, Norbert Schatz, and ordered the boat to anchor at Ushuaia Port in Argentine while he dispatched a team to investigate the incident. The ship’s mission could be indefinitely suspended.

However, Guttenberg’s hasty judgment of Schatz was criticized by the opposition and in the media for violating military protocol of reserving judgment until hearing from both sides of the story, which was not the case with Schatz.

Königshaus didn’t mention any of these cases in his 2010 report because they are still pending. He did notify the Bundestag, however, of several statements that he had received from soldiers on the ship, all complaints, some describing the gap between instructors and cadets, alcohol abuse, and coercion on the ship. Others described the lack of internal leadership, which Königshaus openly conceded.

Guttenberg, normally known as Germany’s sweetheart politician and Teflon minister, is being criticized for delayed and incomplete information not only by the opposition party, but by his own parliamentary fraction, Christian-Democratic Union/Christian-Social Union, as well who complains of they are being better informed by the media then by the minister.

Guttenberg was appointed minister of defense in Oct. 2009, replacing Franz Josef Jung who was fired precisely because of delays and inaccuracies in reporting a deadly friendly fire incident in Kunduz, Afghanistan, that left six Afghan troops dead. After his appointment, Guttenberg dismissed Chief of Staff Wolfgang Schneiderhan and State Secretary Peter Wichert and promised to improve the information management in his ministry. Strong doubts are emerging as to his ability to execute the promise.

Harald Kujat, chief of staff of the German armed forces from 2000 to 2002, said in an interview with Deutschland Radio on Jan. 24, that the female cadet had the right to refuse to climb up the rig for physical and/or psychological reasons, and that the rash dismissal of the captain might be not good for the army.

Captain Schatz only notified his cadets of their right of refusal after the accident, said some of the marines in written statements, Königshaus revealed.

So far, German Chancellor Angela Merkel is backing her minister, as she said in a recent interview with Spiegel, “He has my full support. I am confident in what he does and in the measures he is taking … I will support him as well in his further steps.”