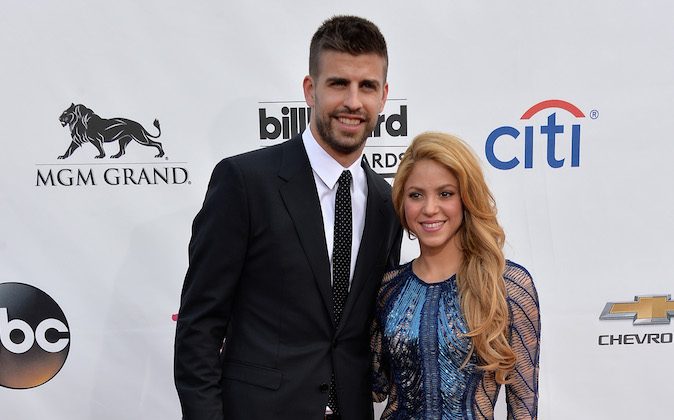 Gerard Pique, Shakira Married? No, Couple Are Not Thinking About Marriage Yet

Gerard Pique and Shakira are together, just not married.

The couple first met in 2010, and Shakira confirmed that they were in a relationship on Twitter and Facebook on March 29, 2011.

In September 2012, Shakira confirmed that she was carrying Pique’s child, and their son, Milan Piqué Mebarak, was born on January 22, 2013.

Marriage doesn’t seem to be on the cards for the pair.

In an interview with Primer Impacto, Shakira said, “When you feel complete you don’t need to get married, and you don’t think about it.”

“Whatever, he is mine now,” she added.

Check out an AP article on the Spain and Chile World Cup 2014 match.

CURITIBA, Brazil (AP) — The Maracana is not filled with many fond memories for Spain, whose World Cup title is on the line at the iconic football stadium.

Spain returns to the Maracana for Wednesday’s must-win match against Chile nearly one year after a 3-0 defeat to Brazil in the Confederations Cup final.

Spain’s 5-1 loss to the Netherlands to open Group B was its heaviest competitive defeat since a 6-1 defeat to Brazil at the famed stadium in Rio de Janeiro at the 1950 World Cup.

Spain isn’t letting its poor history at one of the sport’s most storied settings become a distraction, however, as it looks to reverse its poor start.

“The Maracana is mythical, but the only wish is for the result to be completely different from last year’s Confederations Cup final and we can win,” Spain midfielder Juan Mata said.

Spain can take heart from two victories at the Maracana during the 1950 World Cup, 1-0 against England and 2-0 against Chile.

Spain now needs to repeat that win over Chile, but preferably with an even bigger scoreline to make up for its poor goal differential.

“It’s a stadium with so much history, and we’ve played there already. It’s an important place and hopefully that can work in our favor,” said forward Pedro Rodriguez, who many expect to replace David Silva in the starting lineup on Wednesday. “What’s clear is that we cannot afford to fail.”

Spain will also have to deal with another change in temperature as it goes from the cool, winter weather of its training base in Curitiba to the warmer, muggier confines of Rio de Janeiro. The team tired in the humidity of Salvador against the Dutch.

“We’ll adapt to the change of temperature, I don’t think it will affect our chances,” Pedro said.

Mata also thought the team would have enough time to adapt after traveling to Rio late Monday.

“We’re happy training here, and I don’t think just because the temperature will rise a few degrees will be a determining factor or an excuse,” he said.

Spain has tended to start recent tournaments slowly, losing to Switzerland in its 2010 World Cup opener before drawing against Italy in its first Euro 2012 game. But both times it went on to lift the trophy.

This time, however, it finds itself in an uphill struggle in perhaps the tournament’s toughest group.

Pedro said Spain would be keeping an eye on his Barcelona teammate Alexis Sanchez, who guided Chile to its opening 3-1 victory over Australia.

“Alexis is the big star of that team, he assumes responsibility for leading it,” Pedro said. “His role at Barcelona is different. Chile relies on him more, and he had a great season and scored a lot of goals.”