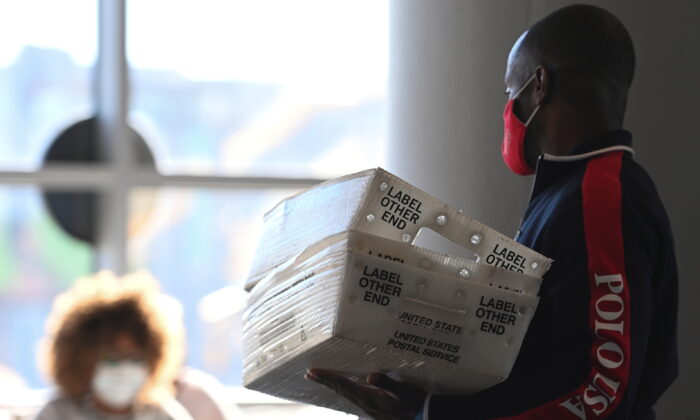 Employees of the Fulton County Board of Registration and Elections process ballots in Atlanta on Nov. 4, 2020. (Brandon Bell/Reuters)
By Zachary Stieber