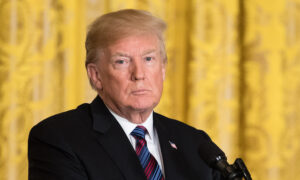 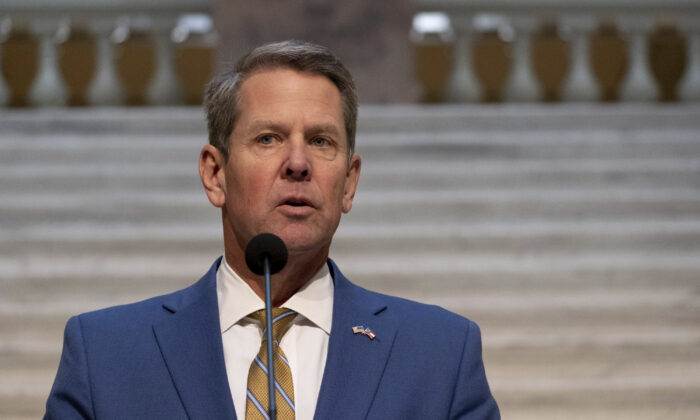 Georgia Gov. Brian Kemp says he’ll stand his ground in response to corporate backlash over a newly enacted law seeking to advance the integrity and fairness of elections in the state following the election rule changes made during the pandemic that led to controversy surrounding the 2020 election result.

“I want to be clear. I will not be backing down from this fight, and neither are the people who are here with me today.”

Over the past week, top executives from several large corporations such as Coca-Cola, Citibank, and Delta Airlines have openly taken a stance against the election reforms aimed at protecting the sanctity of the ballot box in the Peach State. Among them was Major League Baseball (MLB), which vowed to move its All-Star Game and 2021 draft out of Atlanta in an effort to punish the state.

“Major League Baseball caved to fear and lies from liberal activists. They ignored the facts of our new Election Integrity Law and they ignored the consequences of their decision on our local community,” Kemp said.

“In the middle of a pandemic, Major League Baseball put the wishes of Stacey Abrams and Joe Biden ahead of the economic wellbeing of hard-working Georgians who were counting on the all-star game for a paycheck.”

In a statement on April 2, the MLB said the decision to relocate this year’s All-Star Game and draft came after conferring with a number of stakeholders, including clubs and player associations. It characterized the move as a public expression of their support of “fair access to voting,” without addressing the controversy surrounding fairness in counting votes.

“Major League Baseball fundamentally supports voting rights for all Americans and opposes restrictions to the ballot box,” the MLB stated. “In 2020, MLB became the first professional sports league to join the non-partisan Civic Alliance to help build a future in which everyone participates in shaping the United States. We proudly used our platform to encourage baseball fans and communities throughout our country to perform their civic duty and actively participate in the voting process.”

The MLB press office didn’t immediately respond to a request by The Epoch Times for comment.

Georgia’s law adds a slew of changes to the way Georgians vote, including requiring photo or state-approved identification to vote absentee by mail. The law also mandates that secure dropboxes be placed inside early voting locations with constant surveillance, and expands early voting across the state.

The law also shortens the election cycle from nine weeks to four weeks and requires a minimum of one week of early voting before election day. People who wish to vote absentee are faced with new requirements as well.

Kemp during the press conference argued that Georgia’s reforms put the state ahead in terms of expanding voting accessibility. He compared his state’s law with election regulations in New York.

“In New York, they have 10 days of early voting. In Georgia, we have a minimum of 17, with two additional Sundays that are optional for all counties in our state. In New York, you have to have an excuse to vote by absentee. In Georgia, you can vote absentee for any reason and you can do it securely,” Kemp said.

“It’s easier to vote in Georgia than it is in New York.”

Following the law’s enactment, three voting rights groups have filed a lawsuit against Georgia’s Secretary of State Brad Raffensperger and other officials in an attempt to block the law’s enforcement and have it declared unconstitutional.

The groups have taken issue with some of the measures to increase election integrity, arguing that identification requirements for absentee voting are “unnecessary and burdensome,” and that placing absentee drop boxes inside early voting locations would “unduly restrict” voting. The lawsuit also argues that prohibiting the state from distributing unsolicited absentee ballot applications and prohibiting third parties from collecting absentee ballot applications—which Republicans say could result in ballot harvesting—represents voter suppression.

The lawsuit also claims that banning non-poll workers from giving food or drink to voters waiting in line is a form of “voter suppression.” The Georgia law stipulates that individuals aren’t allowed to solicit votes by distributing campaign materials or gifts or offer to give money or gifts, including food and drink, in the vicinity of the polling place, including the polling line.

Following the MLB’s announcement, Democrat governors began vying for the opportunity to host the popular All-Star game in their state.

The corporate backlash has been met by calls for counteraction by prominent Republicans, including former President Donald Trump, who is urging Republicans and conservatives to stand firm and to hold their own boycott against the companies seeking to “cancel” Georgia.

“For years, the Radical Left Democrats have played dirty by boycotting products when anything from that company is done or stated in any way that offends them. Now they are going big time with WOKE CANCEL CULTURE and our sacred elections,” the former president said on April 3 in his latest statement on the issue.

“It is finally time for Republicans and Conservatives to fight back—we have more people than they do—by far!”

“Don’t go back to their products until they relent,” Trump said. “We can play the game better than them. They didn’t even get approval of State Legislatures, which is mandated under the U.S. Constitution.”