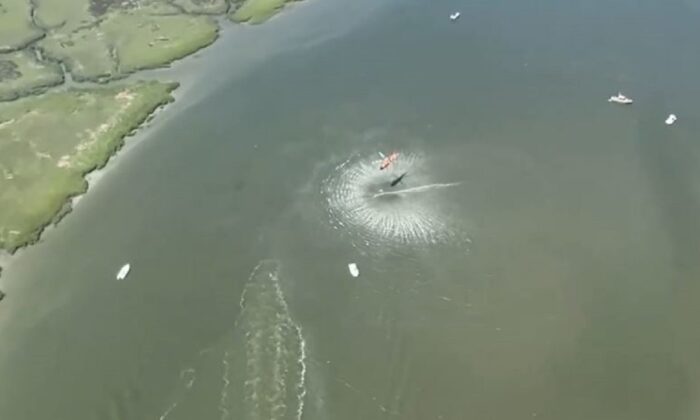 Five people were killed after two recreational boats collided head-on in a Georgia river on Memorial Day weekend, and one of the drivers was arrested for boating under the influence, authorities said on Sunday.

Two people were confirmed deceased immediately following the crash on Saturday morning, Georgia’s Department of Natural Resources said. Four passengers were injured and transported to a hospital, while three others were declared missing, it added.

Georgia and U.S. Coast Guard divers recovered the three victims’ bodies on Sunday from the bottom of the Wilmington River near the coastal town of Savannah, the department said.

The Coast Guard said divers had recovered the bodies of a 37-year-old male and two 20-year-old men, last seen wearing swim suits and no shirts. They were discovered 14 feet deep in the water and in close proximity to each other, it said.

A 45-year-old man, Mark Christopher Stegall, of Savannah, “was arrested for boating under the influence in the incident,” the department said in a statement.

“The cause of the crash is unknown and is under investigation,” it added.

Memorial Day weekend, which culminates in ceremonies to honor military dead, sees many Americans flock to beaches, river fronts, and other coastal areas to enjoy the outdoors at the start of the summer season.