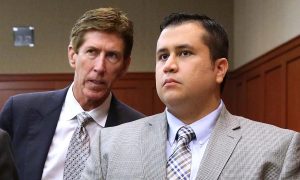 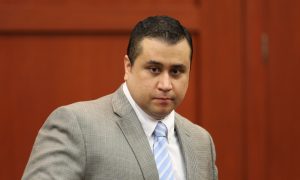 Man Gets 20 Years for Shooting at George Zimmerman's Vehicle
0 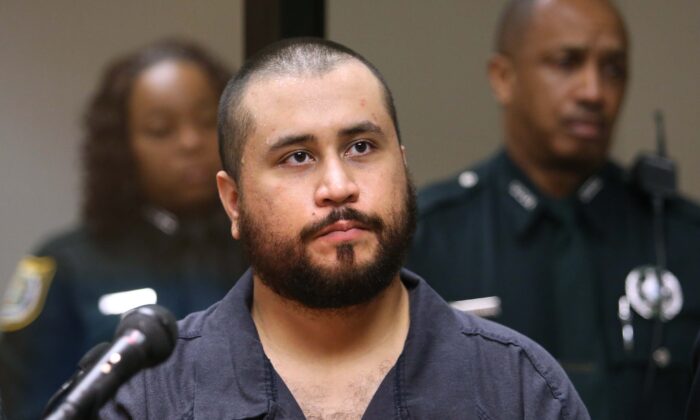 George Zimmerman appears in a Florida court in a file photograph. (Joe Burbank-Pool/Getty Images)
US News

George Zimmerman, the man accused of illegally killing a teenager in Florida, filed a lawsuit against two Democratic presidential candidates who he says defamed him earlier this month.

Zimmerman, 32, was acquitted of second-degree murder in 2013, one year after shooting dead Trayvon Martin, a teenager, during a physical altercation in Zimmerman’s gated community. Martin was visiting relatives.

Warren wrote that Martin “should still be with us today,” adding: “We need to end gun violence and racism. And we need to build a world where all of our children—especially young Black boys—can grow up safe and free.”

Buttigieg wrote that Martin “would have been 25 today.”

“How many 25th birthdays have been stolen from us by white supremacy, gun violence, prejudice, and fear?” he asked.

According to the lawsuit (pdf), Buttigieg and Warren defamed and disparaged Zimmerman in the posts on Twitter “for political gain in misguided and malicious attempts to bolster their standings amongst African-American voters, all at Zimmerman’s expense.”

The Democratic presidential candidates, who are both white, engaged in “defamation with actual malice or at a minimum a reckless disregard for the truth,” the lawsuit stated. “Defendants published false, misleading slanderous, defamatory statements to severely harm and damage Plaintiff Zimmerman on their public Twitter posts,” the suit said.

Zimmerman is of mixed race with some Hispanic ancestry.

The suit was filed in Polk County, Florida, and seeks damages in excess of $15,000. The suit notes that the tweets went out to millions of people; Buttigieg has 1.6 million followers on Twitter while Warren has 3.6 million followers.

“It is high time that the cheap and harmful use of the race card by politicians of all stripes be made to cease and desist. Their despicable ‘race tactics’ are not only causing great harm to persons such as my client George Zimmerman, but also are damaging relations between black and white Americans who are all brothers,” Larry Klayman, Zimmerman’s lawyer, said in a statement.

“The nation should applaud Mr. Zimmerman for taking a strong stand and pushing back against hack politicians like Buttigieg and Warren, who know no bounds of decency and frankly could obviously care less about whom they hurt in their quest to dishonestly use and manipulate black voters to win the 2020 Democrat presidential primary.”

The Warren campaign didn’t immediately return a request for comment. The Buttigieg campaign could not be reached.

Zimmerman has filed other suits involving his killing of Martin. In one case, NBC deceptively aired remarks Zimmerman made to a 911 operator just before getting in the altercation with Martin. In one segment, the recording was spliced to have Zimmerman say: “This guy looks like he’s up to no good. He looks black.”

Zimmerman actually said: “This guy looks like he’s up to no good. Or he’s on drugs or something. It’s raining and he’s just walking around, looking about.” He only identified the male as looking black after being asked by the 911 operator: “This guy, is he black, white, or Hispanic?”

Zimmerman’s defamation lawsuit against NBC was dismissed by a judge, who said there was “no clear and convincing evidence that defendants knew that the information published was false at the time it was published, or recklessly disregarded the truth or falsity of those statements.”