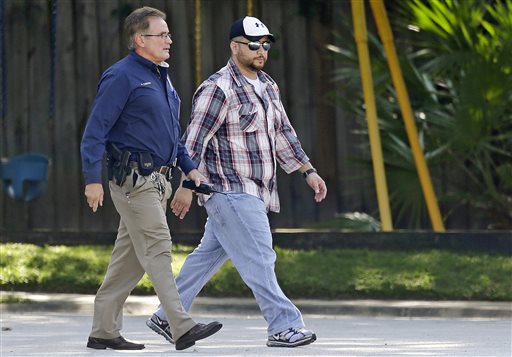 George Zimmerman, the ex-Florida neighborhood watch volunteer acquitted in the Trayvon Martin case, had his birthday on Saturday, Oct. 5. A common comment, “Happy birthday George Zimmerman” was retweeted a number of times.

Zimmerman, who is now 30, received a number of genuine and sarcastic “happy birthday” remarks on Twitter.

“Happy Birthday George Zimmerman,” reads one of the comments.

“Wait a damn second..George Zimmerman was only 29 years old, before today?Really? I thought he was like 40+!” wrote another.

And some people were still issuing threats to him and posting where his purported address is in Florida–months after he was acquitted.

“I still won’t accept the fact that George Zimmerman is walking free today,” wrote another.

A week ago, reports emerged that Zimmerman was pulled over in August for excessive window tinting. And there were reports that police were called to family home in late September.

“The reason I’m stopping you… you’ve got the tinted tag cover on… those are illegal. It makes it hard to read,” the Florida state trooper said, according to Fox News.