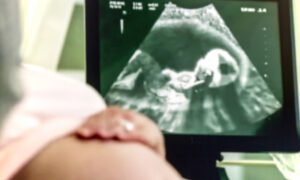 Texas Town Declares Itself a 'Sanctuary for the Unborn,' Outlaws Abortion in Local Limits
0 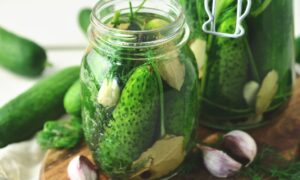 George R R Martin will be celebrating his birthday on Saturday, September 20.

The famed sci-fi and fantasy author, whose hit series A Song of Fire and Ice led to the critically acclaimed HBO adaptation Game of Thrones, will be turning 66 this year.

Check out some cool facts and quotes about the Martin below.

1) For those who are wondering, the “R. R.” in Martin’s name standards for “Raymond Richard.”

4) A Song of Fire and Ice was inspired by turtles that Martin kept as a kid. He assumed that they kept dying because they were involved in sinister plots to kill each other.

5) In the event Martin doesn’t finish A Song of Fire and Ice, he intends to have all notes and manuscripts destroyed so that no one else can finish the book.

6) In a separate note, he’s already told Game of Thrones creators D. B. Weiss and David Benioff how he envisions the books to end, so there’s no fear that the TV show will be stuck in limbo.

7) Martin wrote to Stan Lee as a kid about Fantastic Four #20.

8) According to CelebrityNetworth, Martin as a networth of $50 million, and makes $15 million a year off A Song of Fire and Ice and Game of Thrones.

9) Martin blogs at Not a Blog.

“Nobody is a villain in their own story. We’re all the heroes of our own stories.”

“Ideas are cheap. I have more ideas now than I could ever write up. To my mind, it’s the execution that is all-important.”

“We have the untold-history book coming out later this year, where I’ve written a fake history. I find it amusing, and secretly pleasing, that I have so many fans who are interested in the history. I’m not sure if they would so eagerly study real history, you know?”

“Going back to Vietnam — for me, the cognitive dissonance came in when I realized that Ho Chi Minh actually wasn’t Sauron.”

“But Tolkien doesn’t ask the question: What was Aragorn’s tax policy?”

“All fiction has to have a certain amount of truth in it to be powerful.”

“The more I write about a character, the more affection I feel … even for the worst of them … Whoever it was who said ‘Kill your darlings’ was referring to his favorite lines in a story, but it’s just as true for characters.”

“We have the angels and the demons inside of us, and our lives are a succession of choices. Look at a figure like Woodrow Wilson, one of the most fascinating presidents in American history. He was despicable on racial issues. He was a Southern segregationist of the worst stripe, praising D.W. Griffith and The Birth of a Nation. He effectively was a Ku Klux Klan supporter. But in terms of foreign affairs, and the League of Nations, he had one of the great dreams of our time.”