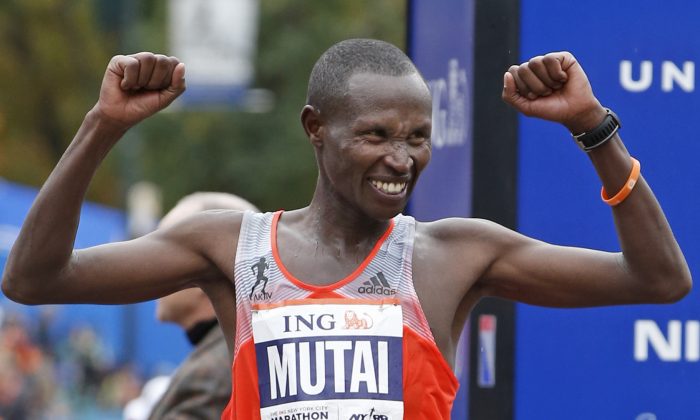 He won in 2011 with a time of 2:05:06, a record-breaking time. Headwinds were against the runners this Sunday.

Mutai coaches himself and other runners. He is a father of two and has 10 siblings.

“Today it was a very tough race. To win a race for the first time is easy, to defend your title is not easy,” he told ABC 7 after his win. He said the winds were hard to run against.  He said it is important to “respect yourself as an athlete.”