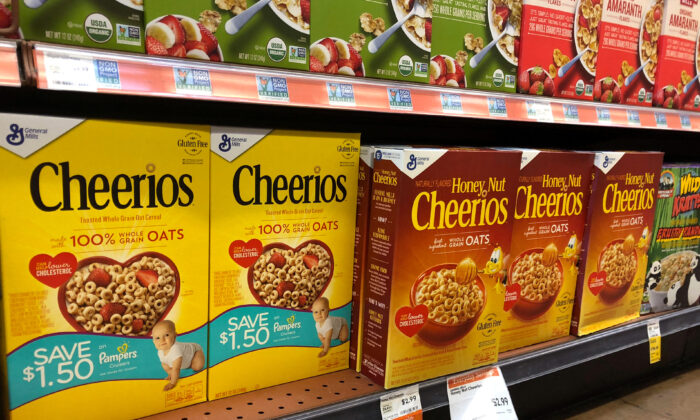 Shares of the Minneapolis, Minnesota-based company were down about 4 percent in premarket trade.

Prolonged supply chain disruptions and a shortage of truck drivers in the United States have forced packaged food makers to incur higher costs, adding to spiraling prices of ingredients like wheat, corn and edible oils that have already crimped margins across the sector.

To ease some of the cost pressures, General Mills, like peers Kraft Heinz Co. and Campbell Soup Co., has bumped up prices of its products.

However, heightened inflation and supply costs in the quarter outstripped General Mills’ efforts to raise product prices, Chief Executive Officer Jeff Harmening said in his prepared remarks, adding the current environment is as “challenging as I have seen in my 27-plus years in the industry.”

The company said it has taken further pricing actions that will go into effect in the current quarter, adding it expects more price increases in the back half of the year.

The Pillsbury dough maker also raised its full-year sales forecast, betting on strong demand for its cereals and baking products as well as pet foods, which helped drive net sales 6 percent higher in the reported quarter.

The company now expects organic net sales to rise between 4 percent and 5 percent in fiscal 2022. It had earlier forecast annual organic sales to be towards the higher end of a 1 percent to 3 percent decline range.

Second-quarter net sales of $5.02 billion topped estimates of $4.84 billion, according to Refinitiv IBES.