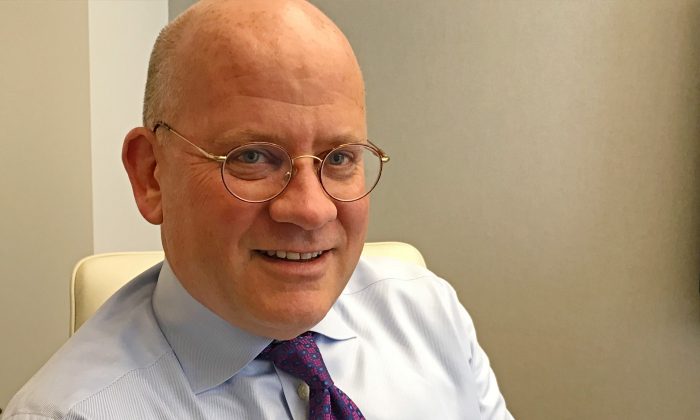 General Electric Co. ousted Chief Executive Officer John Flannery in a surprise move on Oct. 1 replacing him with outsider and board member Larry Culp, and said it would take a roughly $23 billion charge to write off goodwill in its power division, primarily from a large 2015 acquisition.

The struggling energy, health, and transportation conglomerate also said it would fall short of its forecast for free cash flow and earnings per share for 2018 due to weakness in its power business, something analysts had expected.

GE shares jumped 10.2 percent to $12.44 as investors bet Culp could re-energize the GE brand and more quickly transform its portfolio. Ge was the top percent gainer on the S&P 500, set for its best day since March 2009, but still far lagging the S&P 2018. The shares had more than halved since Flannery, a three-decade GE veteran, became CEO in August 2017 to replace Jeff Immelt, who had led GE since 2001.

With a market capitalization below $100 billion as of Sept. 28, GE was worth less than a fifth of its peak value a generation ago.

GE Power’s falling profits in 2017 forced GE to slash its overall profit outlook and cut its dividend for only the second time since the Great Depression.

GE’s board, meeting in the last few days, unanimously picked H. Lawrence Culp Jr. as its new CEO. Culp, 55, who was named to GE’s board in February, was CEO of Danaher Corp. from 2000 to 2014, helping grow an industrial company into a broader conglomerate through a series of acquisitions, while growing earnings.

It was not immediately clear whether GE’s strategy of divestitures and asset sales would change with new leadership. The Wall Street Journal, quoting sources familiar with the situation, said Culp is expected to continue with the company’s plan to spin off its health care business and sell two other units.

The broad strategies are likely to be similar because the plan laid out by Flannery was made in conjunction with heavy involvement from the board, which included Culp, said Gabelli & Co. analyst Justin Bergner.

Shadow of Its Former Self

Flannery’s departure underscores the slow pace of his efforts to turn GE around. Despite cutting jobs and shedding businesses, GE’s results continued to deteriorate, mainly due to problems at its power plant division, which makes electric generating equipment.

GE doubled down on fossil fuels in 2015 under Immelt with the $10.3 billion purchase of French group Alstom SA’s power business. The deal expanded GE’s exposure to gas, coal, and nuclear power. It added employees, dozens of factories, and service centers at a time when GE was trying to cut costs.

“The board is signaling to the market that we are not going to give anyone free reign like we did with Jeff Immelt,” said Morningstar analyst Joshua Aguilar.

The power division’s outlook appeared to worsen last month when GE said several power plants equipped with its newest turbines had to be shut down because of a part failure.

Changing CEOs “won’t fix short-term problems at power but Larry, as an outsider, will be able to make the difficult decisions on cost,” said Scott Davis, an analyst at Melius Research in New York.”GE is bloated and its culture is destroyed.”

Davis said the stock price has probably already adjusted to expectations of no contribution from power.

General Electric said in June it will spin off its health care business and divest its stake in oil-services firm Baker Hughes, effectively breaking up the 126-year-old conglomerate—once the most valuable U.S. corporation and a global symbol of American business power. Slimmed-down GE will focus on jet engines, power plants, and renewable energy.

Also in June, GE lost its spot in the blue chip Dow Jones Industrial Average after over a century.

“Investors grew impatient with the lack of improvement and with the sheer scale of the problems uncovered. However, these problems were not created under [Flannery’s] tenure,” CFRA analyst Jim Corridore said in a note. “The market seems to be welcoming a change in leadership but the new CEO will be facing many of the same problems.”

Culp said in a statement, “We will move with urgency. … We have a lot of work ahead of us to unlock the value of GE.”

GE said the power division’s goodwill balance is about $23 billion and the impairment charge would eliminate most of it. The non-cash charge primarily relates to GE’s acquisition of power assets from Alstom in 2015, GE said.

By Alwyn Scott and Arunima Banerjee