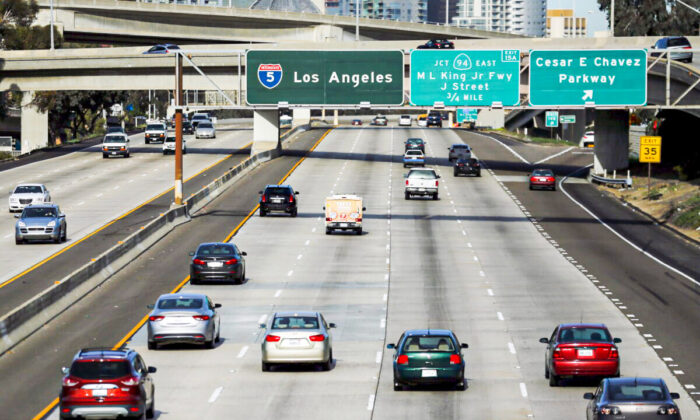 While the national average price of regular gas has eased a little in recent weeks, it was up at $3.398 a gallon on Nov. 24, which is 61 percent higher than a year ago. Since Labor Day, the price of crude oil tumbled into the mid-70s after being stuck above $80 a barrel, raising questions if this will translate into some relief at the pump for drivers.

“The price of crude oil accounts for about 50%–60% of what consumers pay at the pump, so a lower oil price should translate into better gasoline prices for drivers, but until global oil production ramps back up to pre-pandemic levels, this recent dip in the price of crude may only be temporary,” said Andrew Gross, an AAA spokesperson.

The White House announced plans on Nov. 23 to release 50 million barrels of oil from the U.S. Strategic Oil Reserve in coordination with other nations in hopes of lowering fuel costs amid global shortages.

President Joe Biden said he would “do what needs to be done” to ease gas prices, adding that American drivers were “spending much too much, and it’s a strain.”

Some experts have questioned whether the administration’s actions will have much of an impact.

“The U.S. volume being discussed—50 million barrels—is a drop in the bucket, amounting to only about half of what the world uses in a single day,” said Chet Thompson, president and CEO of the refinery trade group American Fuel and Petrochemical Manufacturers.

He believes that Biden’s order wouldn’t make much of a difference in the long run, calling it a “one-time, symbolic release of oil from the Strategic Petroleum Reserve isn’t going to have a meaningful impact on the current energy landscape.”

Despite some criticism, the Biden administration has expectations that its release of the SPR will lead to falling prices at the pump and higher approval at the polls.

The expected price decrease in the coming weeks will not likely hit the pump in time for the Thanksgiving weekend, as it will take time for the release of the strategic reserves to hit the refineries, according to several analysts.

Still, the concerns about raging prices are unlikely to deter the millions of Americans hitting the road for Thanksgiving.