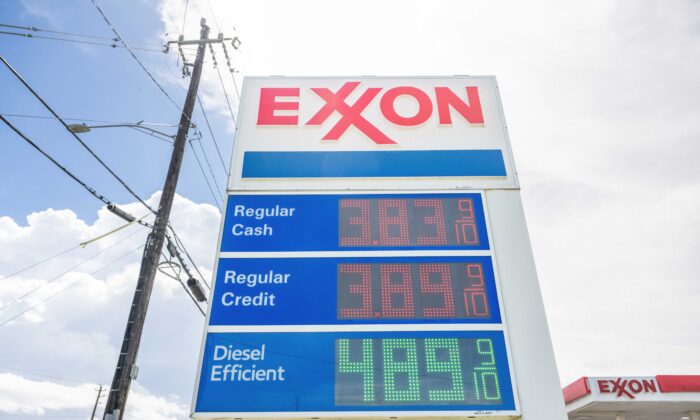 The price of gasoline fell for a seventh consecutive week, providing Americans with some relief at the pump, but experts have warned that prices could rise above $5 again this summer amid fears of a recession.

According to the American Automobile Association (AAA), the national average for a gallon of gas fell on Aug. 1 to $4.21, down 14 cents since the week before.

However, Californians are still paying the highest average price of $5.60 a gallon, while the average cost in the Los Angeles area is $5.70, although that is still 17 cents cheaper than the previous week, AAA reported.

Elsewhere, GasBuddy reported that the national average is even lower, at $4.17, having fallen 15.9 cents from a week ago.

“We continue to see average gas prices falling in every state, with the national average down for the seventh straight week. Even better, nearly 20 states have also seen their average decline to $3.99 or less, with over 70,000 stations now at that level or below,” said Patrick De Haan, head of petroleum analysis at GasBuddy.

De Haan added that a continued drop in gasoline prices is forecast in most areas but noted that “some supply tightness in areas of the Northeastern U.S. could push prices up slightly until inventories rise, or imports do.”

“For now, Americans are seeing prices nearly 90 cents lower than their mid-June peak and are spending close to $330 million less on gasoline every day as a result. As long as oil prices hold at these levels or lower, we’ll see another decline in most areas this week,” De Haan added.

Joe Petrowski, the former CEO of Cumberland Farms Gulf Oil Group, told Fox News on Monday that he believes the United States will soon be in a recession, which could impact the demand for fuel.

Gas Prices on the Up

“I really do believe as we go through the summer we’re going to see crude reach back to $150 a barrel, and oil before Labor Day will be at that level, and retail gasoline prices will exceed $5 again,” Petrowski warned.

Meanwhile, AAA spokesperson Andrew Gross warned on Monday that with gasoline below $4 a gallon at nearly half of the gas stations around the country, there is a possibility that demand could rise.

That could slow prices at the pump if the trend continues.

However, total domestic gasoline stocks decreased by 3.3 million bbl to 225.1 million bbl last week, in a sign that higher demand is cutting away at inventories.

On Monday, oil prices slumped as weak manufacturing data from China and Japan weighed on the demand outlook.

Meanwhile, investors are bracing for this week’s meeting of officials from the Organization of the Petroleum Exporting Countries (OPEC) and allies including Russia, together known as OPEC+, on Wednesday to decide on output for September.