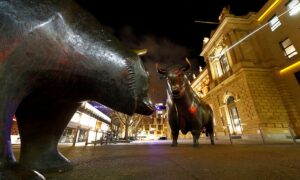 Gary Bolton of Kent, England, successfully marketed his Mole and GT200 detection systems—supposedly able to find drugs, explosives, ivory, tobacco, or cash—by hook or by crook. It earned him about 45 million pounds (about $70.5 million) over 15 years, reports the Telegraph—and now, seven years in prison.

The International Business Times (IBT) describes the GT200 as “nothing more than antennae glued onto an empty box.”

IBT quotes Judge Richard Hone, who sentenced Bolton: “You damaged the reputation of British trade abroad having duped agencies supporting quality, rather than your dross. “Soldiers and police put their trust in a device which worked no better than random chance.

“A conman who used forged documents to sell fake bomb detectors to governments around the world, netting him up to £45 million, has been jailed for seven years.”

The components of the device were worth 1.82 pounds ($2.85), according to the Telegraph.