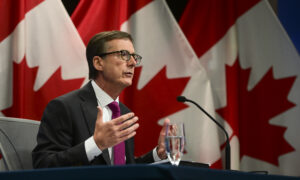 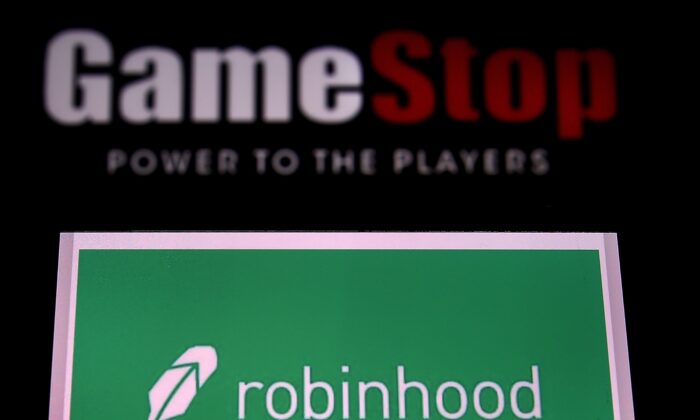 The logos of video game retail store GameStop and trading app Robinhood are displayed on a computer and a mobile phone in Arlington, Va., on Jan. 28, 2021. (Olivier Douliery/AFP via Getty Images)
Markets

GameStop Trading Frenzy a ‘Perfect Storm’ and a Warning for Canada

Spillover into commodities would be greater concern for economy, says professor
By Rahul Vaidyanath
biggersmaller
Print

GameStop and a handful of other stocks have experienced roller-coaster rides that have gripped financial markets over the last week. The force of an army of retail traders coordinated via social media highlights a number of issues simmering below the surface.

“Whenever you see a lot of these kinds of froth, … it’s a sign that the bull market might be coming to an end,” Jean-Paul Lam, associate professor of economics at the University of Waterloo, told The Epoch Times.

He added that when rampant speculation drives stock valuation to levels completely divorced from fundamentals, one has to start wondering whether the “irrational exuberance” will provoke a sharp pullback. The dot com crash at the turn of the millennium is but one prior example.

“The speculative frenzy that is currently contained to a small corner of the market could be a first warning sign for much more consequential asset bubbles growing over time, especially as fiscal and monetary stimulus run at full throttle well into the expansion,” wrote BMO senior economist Robert Kavcic.

But when the focus of the speculative trading turned to silver, then it is potentially more problematic for Canada, Lam said. The frenetic trading that whipped around GameStop, AMC Entertainment, BlackBerry, and others pushed silver to an eight-year high on Feb. 1.

“For Canada, this is a story to watch more than for what’s happening in individual stocks—what’s happening to commodity prices in the next few weeks,” Lam said. “If I were the Bank of Canada, that’s something I would be watching very, very closely.” Lam is a former assistant chief economist at the central bank.

The efforts of retail traders can keep prices and volatility elevated in the near term, according to Bart Melek, TD Securities global head of commodity strategy, in an interview with BNN Bloomberg.

Most common commodities are not likely to experience the price swings of stocks, but sudden price increases can filter into the cost of goods and inflation. It could also push up the Canadian dollar and weigh on exports and the economy.

When combined with how easily and cheaply stocks can be bought and sold on apps like Robinhood and how quickly information flows on social media, and perhaps even an intent by the little guy to take on the establishment of Wall Street—the end result of spiking market volatility has likely caught Canadian policy-makers by surprise, Lam said.

“It’s kind of like a perfect storm,” Lam said. A lot of folks have excess savings from government pandemic support and can borrow at historically low interest rates, he noted, and many are trying to make a quick buck in the stock market—there’s a fear of missing out.

The Larger Impact of the GameStop Investor Wars

He said that if the banks start having trouble obtaining short-term financing in capital markets due to the risks taken on by brokerage firms, then that would be a warning sign of wider distress.

“We saw in ’08 when the short-term debt markets started to freeze and no one wanted to lend to each other,” Lam said. “Mind you, we’re nowhere close to that right now because it’s only a small segment of the market.”

So far, the phenomenon has been largely confined to a handful of stocks and hasn’t upset the fundamentals of the overall market. Nevertheless, the week ending Jan. 29 was the worst week U.S. stocks had since October—the S&P 500, a broad index of the largest U.S. stocks, was down 3.3 percent.

The Canadian Securities Administrators and the Investment Industry Regulatory Organization of Canada put out a statement on Feb. 1 saying they are closely monitoring how certain stocks may be contributing to volatility in Canadian capital markets, recognizing that market volatility is not confined by borders.

“We will take appropriate regulatory action to protect investors if we identify that abusive or manipulative trading activity may be taking place,” according to the statement.

But unless any criminal activity is present, there appears to be little the authorities can do or are willing to do.

The retail trading frenzy is a fascinating phenomenon, Lam says, as nobody knows how it will end and what the aggregate effect will be.

“What’s been happening on Reddit and Robinhood is evidence of extreme financial risk taking by individuals, similar to the surging inflows that Growth and Tech funds saw in the late 1990s and the surge in home buying in the mid 2000s,” according to Lori Calvasina, RBC’s head of U.S. equity strategy.

Many say it won’t end well.