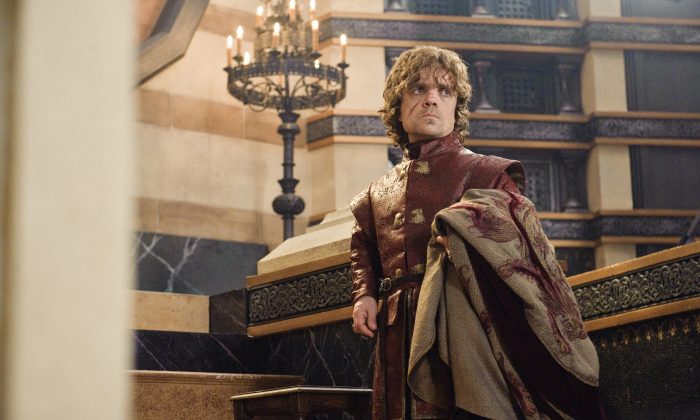 At least 10,000 people applied to be extras in Season 5 of “Game of Thrones,” which is slated to premiere next April.

Filming for the HBO fantasy-drama will start up again sometime in the fall.

Fresco Film Services, which is being commissioned by “Game of Thrones” to get the extras, wrote on its Facebook saying numerous people attempted to land roles.

“Hello everyone: thank you for your desire to participate, in just 24 hours we have over 10,000 applications,” the company wrote on Facebook. “As soon as possible, we will respond to all emails.”

It added: “Until September will not be the person casting to participate as an extra in the film. We will inform you here, when we date, place and specific hours. Until then we have to wait at all.”

HBO and the Spanish government last week confirmed filming will be in Spain.

“Southern Spain is speckled with Moorish fortresses, like Seville’s Alcazar and Old Royal Palace, and majestic gardens that could be featured in the series,” said the Hollywood Reporter in a report a week ago. “Rumors suggest Spain might represent the Kingdom of Dorne, which the series has yet to debut. Spain will now join the list of countries that have acted as locations for the popular show, including Croatia, Northern Ireland, Malta, Morocco, Iceland and the United States.”

During Season 4 of “Game of Thrones,” the show became HBO’s most-watched program in the history of the channel, outdoing “The Sopranos.”

LOS ANGELES (AP) — Emmy voters may need to steel themselves to sort through this year’s top nominees: a macabre, medieval-style tale; a meth kingpin and his violent downfall; a bleak mystery about detectives tracking a ritual killer, and a heartbreaking saga of the AIDS epidemic’s roots.

Small-screen fare has steadily been pushed into bolder, even brilliant territory by cable and, now, online offerings, and it’s enticing the TV academy to recognize programs that are more emotionally and dramatically complex — as well as sexually explicit and, for better or worse, much more violent.

In this widely proclaimed golden age of television-plus, the brutal fantasy saga “Game of Thrones,” based on the work of novelist George R.R. Martin, emerged Thursday as the leading nominee with 19 nods. Dramas “Breaking Bad” and “True Detective” and movie “The Normal Heart” are among the other front-runners.

That’s just for starters. The self-evidently titled “American Horror Story: Coven,” along with “Fargo,” a riff on the black comedy film of the same name, are provocative miniseries hopefuls for the awards airing on NBC in August.

The academy’s broadening embrace includes individual performers as well. They gay rights group GLAAD saluted Laverne Cox’s guest-actress nod for “Orange is the New Black” as the first for an openly transgender person.

Emmy has welcomed change before, giving a best-drama award to breakthrough 1980s police drama “Hill Street Blues” for its unprecedented grit and honesty. But it took four tries for “Breaking Bad,” one of the most lavishly praised TV series ever but with an anti-hero at its center, to capture a best drama trophy. It won last year.

Whether 21st-century voters will go far enough to crown “Game of Thrones” with the top drama award is an intriguing question. With the exception of “Lost,” shows that fall within the fantasy and sci-fi genres have fallen short, although they have reaped other awards such as Peter Dinklage’s 2011 supporting actor award for “Game of Thrones.” He’s nominated again this year.

“Voters like shows that feel more real and important in terms of today’s social or political topics,” said Tom O’Neil, author of “The Emmys” and organizer of the Gold Derby awards website.