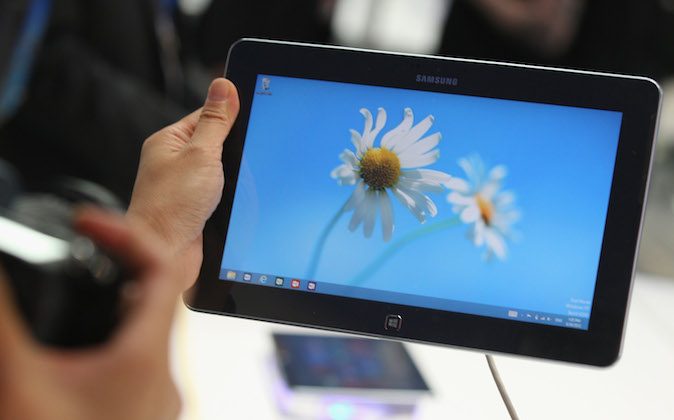 Samsung is holding its Galaxy Premiere 2014 event on Thursday, June 12 at Madison Square Garden in New York City, and will likely unveil the Galaxy Tab S there.

The Galaxy Tab S will bring back the AMOLED display back into Samsung’s tablet line, and is said to be only 6.6mm thin and have a weight of 465g, according to SamMobile.

The tablet should come with a fingerprint scanner integrated into the home button.

Also, the Galaxy Tab S will allow its users to sync with the phone and take incoming calls directly.

If Samsung launches the Galaxy Tab S on June 12, the tablet should only be available for purchase around early July, since Samsung normally releases its products about 5 to 6 weeks after they are announced.