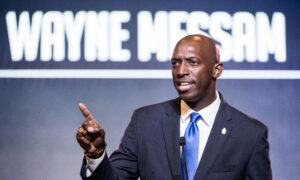 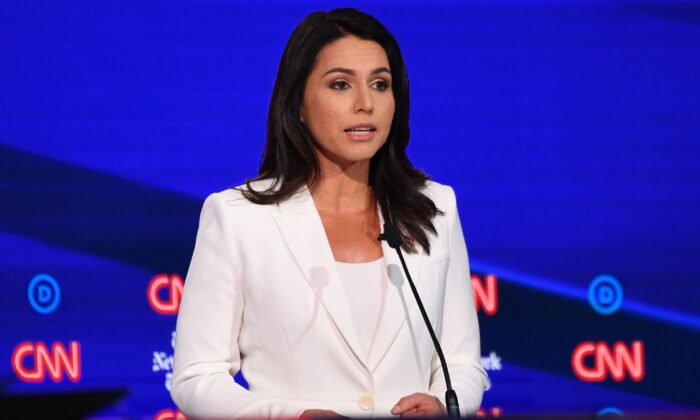 The Democratic National Committee (DNC) is refusing to accept a poll that shows Rep. Tulsi Gabbard (D-Hawaii) at 6 percent, according to the Democratic presidential contender.

The committee has recognized Suffolk University as one of the accepted pollsters for debate qualifying purposes when it carried out a poll for USA Today, but the committee declined to accept a Suffolk poll conducted for the Boston Globe, Gabbard’s campaign said.

“Again, this is another example of the DNC being arbitrary and inconsistent. New Hampshire is the first in the nation presidential primary, but the DNC has not shown its voters the respect they deserve,” Gabbard said in a statement.

“The Boston Globe is the largest newspaper in New Hampshire. The pollster the Globe uses is recognized by the DNC for other media outlets; there is no reason the DNC should not recognize this Boston Globe poll, other than adherence to a subjective, nontransparent process where party elites try to dictate to the primary voters.

“Our campaign is building momentum in New Hampshire and across the country because we are running an independent-minded, people-powered campaign focused on ending regime wars, the new Cold War and arms race, and reinvesting in the needs of the American people. Whether it is on the debate stage or a town hall in New Hampshire, our campaign will continue speaking out so we can usher in a 21st century of peace, prosperity, and national renewal, and a government that is truly of, by, and for the people.”

The DNC didn’t immediately return a request for comment. Suffolk is on the DNC list of accepted pollsters, a list that has been criticized by Gabbard’s campaign in the past, paired with USA Today.

Gabbard already has three qualifying polls, including an Emerson University poll also released this week that shows her with 6 percent support. If the Suffolk poll were counted, she would be assured a spot in the debate because she has already met the fundraising requirements.