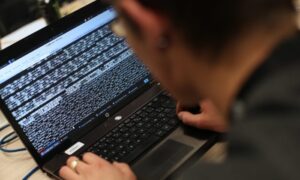 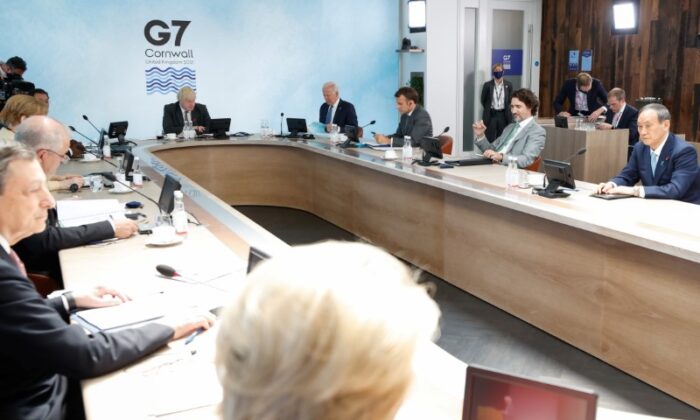 CARBIS BAY, England—The Group of Seven (G-7) wealthy nations on Sunday demanded Russia take action against those conducting cyberattacks and using ransomware from within its borders.

The rebuke came in a communique issued after a three-day summit of G-7 leaders in the United Kingdom that also called on Moscow to “stop its destabilizing behavior and malign activities” and conduct an investigation into the use of chemical weapons on Russian soil.

The communique said Russia must “hold to account those within its borders who conduct ransomware attacks, abuse virtual currency to launder ransoms, and other cybercrimes.”

The issue is in the spotlight after a cyberattack on Colonial Pipeline, the largest fuel pipeline in the United States, and another that disrupted the North American and Australian operations of meatpacker JBS USA.

The UK has previously said Russia is a leading proponent of cyberattacks.

The G-7 statement called for wider action against ransomware attacks, describing the practice of encrypting victims’ data and demanding payment for its return as an “escalating shared threat.”

“We call on all states to urgently identify and disrupt ransomware criminal networks operating from within their borders, and hold those networks accountable for their actions,” it said.

The call for an investigation into chemical weapon use comes after Kremlin critic Alexei Navalny was treated in Germany for what German doctors said was poisoning with a military-grade nerve agent. He accused Russian President Vladimir Putin of ordering the poisoning, which the Kremlin denies.

“We call on Russia to urgently investigate and credibly explain the use of a chemical weapon on its soil,” the G-7 document said.