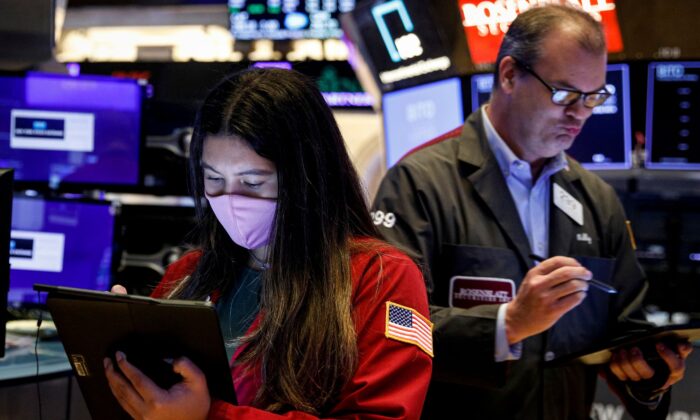 U.S. stock index futures slipped on Tuesday, pointing to a slight easing from record highs for Wall Street indexes as investors took to caution ahead of the Federal Reserve’s widely expected move to start tapering its monthly bond purchases.

Tesla Inc. fell 5.2 percent to weigh the most on futures tracking the Nasdaq index.

Shares of the electric car maker closed at a record high on Monday and has gained nearly 18.8 percent in the last five trading sessions since the company’s market value crossed $1 trillion last week.

After Australia’s central bank on Tuesday abandoned an ultra-low target for bond yields, opening the door for an earlier hike in cash rates, the spotlight now turns towards the Fed’s policy meeting starting Tuesday.

The U.S. central bank on Wednesday is expected to approve plans to scale back its pandemic-era support for the world’s largest economy, while focus will also be on commentary about interest rates and how sustained the recent surge in inflation is.

“Buying less bonds still means continuing buying bonds: it is not a tighter monetary policy, it is simply a less expansive monetary policy, that should, in theory, continue backing a higher inflation,” said Ipek Ozkardeskaya, senior analyst at Swissquote Bank.

“The Fed meeting could still shake the markets, because even though we know the concrete outcome of the meeting, which is the opening bell of the QE tapering, the risks remain tilted to the hawkish side.”

An unprecedented amount of monetary and policy stimulus has helped Wall Street bounce back strongly from a pandemic-driven recession last year. Coupled with that, a largely upbeat third-quarter reporting season has also helped drive U.S stocks to record highs this week.

Of the 280 companies in the S&P 500 that have reported earnings as of Monday, 82.1 percent have topped analyst expectations. Profits for the third quarter are expected to grow 39.3 percent year-over-year, according to Refinitiv IBES data.

Pfizer Inc. gained 2.4 percent after the drugmaker raised its full-year sales forecast for the company’s COVID-19 vaccine to $36 billion.