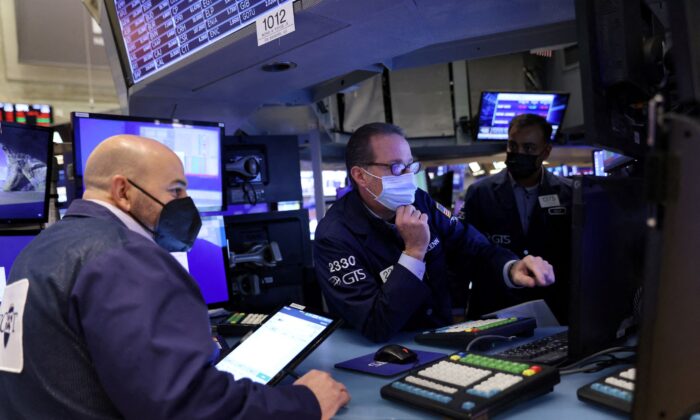 U.S. stock index futures ticked higher on Thursday, helped by early data suggesting the Omicron variant of the coronavirus was less severe than feared, while investors looked ahead to weekly jobless claims and monthly inflation numbers

World Health Organization officials have, however, warned against drawing firm conclusions about its virulence.

As investors head into the new year following what has been a bumper year for the stock markets, the economic and health impact of Omicron variant will be in the spotlight.

The S&P 500 is on track for an 87 percent gain since the end of 2018, its best three-year performance in more than two decades.

“The new Omicron variant still casts its shadow over the economy, even though the latest reports support the notion that, whilst being much more transmittable, its health impact is considerably less,” Elwin de Groot, head of macro strategy at Rabobank, wrote in a note.

With trading volumes thinner than usual ahead of Christmas and New Year holidays, Wall Street’s main indexes looked set to wrap up a short week on an upbeat note.

NY-listed shares of JD.com slumped 8.7 percent in premarket trading after the e-commerce company’s largest shareholder, Tencent, said it would transfer its stake in the company worth HK$127.69 billion ($16.37 billion) to shareholders.

On the economic data front, a report on U.S. consumer spending is expected to show a 0.6 percent in rise in November after a 1.6 percent jump in the prior month.

Also, a Labor Department report is likely to show the number of Americans filing new claims for unemployment benefits dipped in the latest week.

The so-called “Santa Clause Rally” kicks off on Monday against the backdrop of Omicron worries.

U.S. stocks have risen 56 out of 75 years during the period, which includes the last five trading days of December and the first two of January, since 1945, according to data from CFRA Research.