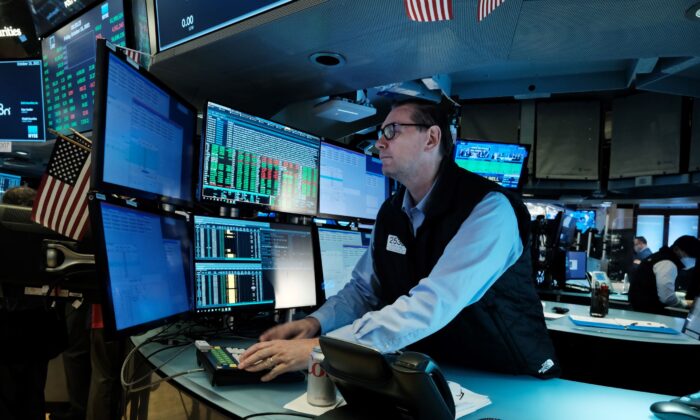 U.S. stock index futures edged higher on Monday as investors geared up for earnings reports from heavyweight technology companies this week, while PayPal jumped after it said it was not interested in buying Pinterest.

Tesla Inc. rose 2.6 percent in premarket trading after the electric-car maker raised prices of its Model X, Model S variants by $5,000, while Morgan Stanley boosted its price target on the stock to $1,200 from $900.

Microsoft, Apple, Alphabet, and Amazon.com Inc. are all set to report their results later this week.

The companies shares, which collectively account for over 22 percent of the weighting in the S&P 500, were mixed in trading before the bell.

“After Snap got an Apple caught in its throat, markets will have an itchy trigger finger over the sell button if the social network says the same,” said Jeffrey Halley, senior market analyst, Asia Pacific at OANDA.

“Additionally, this week, it is a FAANG-sters paradise … that decides whether the U.S. earnings season party continues, before the FOMC (Federal Open Market Committee) reasserts its dominance next week.”

Some strong earnings reports helped lift the S&P 500 and the Dow to record highs last week, with the benchmark index rising 5.5 percent so far in October to recoup all of the losses suffered last month.

However, market participants are looking beyond the impressive earnings numbers with a focus on how companies mitigate supply chain bottlenecks, labor shortages, and inflationary pressures to sustain growth.

Analysts expect S&P 500 earnings to grow 34.8 percent year-on-year for the third quarter, according to data from Refinitiv.

PayPal Inc jumped 7.1 percent after the payments company said it is not buying the digital pinboard site Pinterest Inc. for as much as $45 billion at this time.