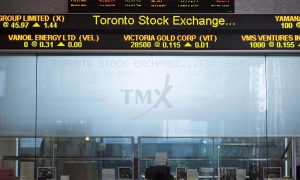 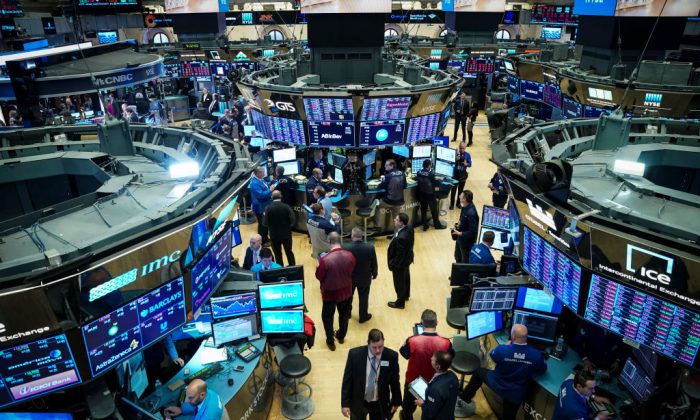 Traders and financial professionals work at the opening bell on the floor of the New York Stock Exchange (NYSE) in New York City, U.S. on Jan. 2, 2019. (Drew Angerer/Getty Images)
Economies

NEW YORK—After emerging market stocks led global equity markets lower in a brutal 2018, some U.S.-based fund managers are betting that the asset class may have the largest rebound in the new year.

It may not look likely at the moment, given that an economic downturn in China prompted iPhone-maker Apple Inc. to lower its quarterly revenue forecast on Jan. 2 for the first time in a decade. Its shares slumped nearly 10 percent after Chief Executive Tim Cook blamed the U.S.-China trade war and “economic deceleration,” prompting broad selloffs around the world the following day.

Yet fund managers from Westwood Holdings Group, GMO, T. Rowe Price and Causeway Capital Management are among those who are betting that emerging market stocks will post outsized gains in 2019. They cite a combination of compelling valuations and a likely decline in the value of the dollar that will help accelerate economic growth.

As the Chinese economy suffers under the current tariffs, fund managers are expecting that shares in countries like India, Thailand, Peru, and Brazil will outperform the China-dominated emerging market benchmark index.

“We want to lean into the fear in the markets,” said Sebastien Page, head of asset allocation at T. Rowe Price. He expects emerging markets will outperform in the year ahead as the Federal Reserve curtails its pace of interest rate hikes and the dollar subsides.

“When you have a recovery in risk assets, those that have been undervalued can snap back the most,” he said.

Emerging markets have been in a bear market since September, placing them already four months into the deep declines that rocked the U.S. equities market in December. The average bear market in emerging markets has lasted 220 days and posted a decline of 32.4 percent, or about 7 percentage points more than the roughly 25 percent drop in the MSCI Emerging Market Index since it hit near-record highs last January, according to data from Ned Davis Research.

While emerging markets started the year with another roughly 1.7 percent loss over the first two trading sessions, fund managers say they are increasing their bets on stocks in countries that are among the most beaten-down, expecting they will have the largest rebound if and when a global bull market in equities resumes.

“I’m actually a lot more positive than this time last year because there are tremendous opportunities to add to high-quality names in insurance and some banks,” said Patricia Perez-Coutts, portfolio manager of the Westwood Emerging Markets fund.

She has been increasing her stakes in South Africa, Thailand, and Peru, she said, with the largest positions in companies such as South African life insurance company Sanlam Ltd. and Credicorp Ltd., Peru’s largest financial holding company. Shares of Credicorp are up 8.8 percent over the last 12 months, while shares of Sanlam are down 3.9 percent over the same time.

Perez-Coutts has been underweight China since the start of last year, though she is starting to wade back in by buying shares in gaming and e-commerce companies that have plunged.

“Though China’s overall economy may not be growing as strongly as it did in the past, there are still areas of strong growth,” she said.

“If you had a let-up in trade and interest rates, you could see a decent-sized rally.”