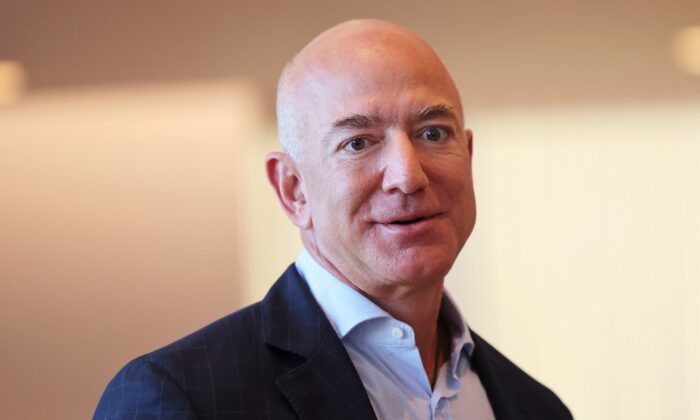 Last month, Amazon questioned what it called the agency’s “burdensome” requests in its investigation of the sign-up and cancellation processes for its Prime program.

The retailer said the FTC was seeking to “harass” both Jassy and former CEO Bezos by demanding they testify at an investigative hearing “on an open-ended list of topics”, and asked that their testimony be quashed or at least delayed until after all other company officials had given testimony.

“Amazon provides no reason why the Commission must accept anything less than all the relevant testimony it can obtain from these two witnesses,” Wednesday’s FTC order said.

It said Amazon.com must comply with its broad June 30 Civil Investigative Demand no later than Oct. 7.

Amazon said on Wednesday it was “disappointed but unsurprised the FTC largely declined to rule against itself, but we’re pleased that the agency walked back its broadest requests and will allow witnesses to choose their own counsel.”

The company said it was cooperating with the FTC and has produced at least 37,000 pages of documents.

“We are committed to engaging constructively with FTC staff, but we remain concerned that the latest requests are overly broad and needlessly burdensome, and we will explore all our options,” an Amazon spokesperson said.

Amazon last month said the commission first sent an investigative demand for information in March 2021 in the Prime probe and in June expanded its requests for additional non-Prime subscription programs.

The FTC order noted Amazon is one of the world’s foremost companies with net revenue of over $32 billion in 2021 and more than 1.6 million employees.

“By contrast, the FTC’s 2021 budget topped out at only $351 million, or slightly more than 1% of Amazon’s earnings,” the FTC added in a footnote to the main text.