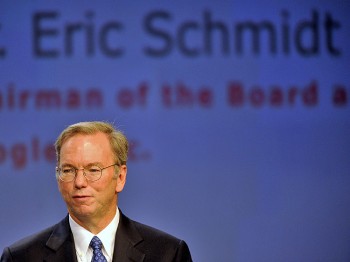 The Mountain View, Calif.-based company has faced increasing scrutiny from regulators in the United States and abroad for its dominance in Web search, and increasing market share in mobile, software, and services.

While analysts believe that the FTC inquiry is related to antitrust regarding Google’s search engine, and how it leverages its position in the search market to promote its other services, such as Google Maps and shopping comparison. In addition, several state attorneys general are looking into whether Google prioritizes its own products and services in its Web relevance searches.

‘Using Google is a Choice’

In an official blog posting, Google acknowledged that the FTC has launched an investigation into the company, although it didn’t specify the reason.

“We recognize that our success has led to greater scrutiny,” said Google’s Amit Singhal in a blog posting. “It’s still unclear exactly what the FTC’s concerns are, but we’re clear about where we stand.”

Google said that it would fully cooperate with any inquiry, but stressed that it aims to provide the best product for end users, to foster “loyalty, not lock-in,” Singhal said.

Google has evolved into the Microsoft Corp. of our era, a dominating presence in the Internet space. However, unlike Microsoft with its Windows operating system, Google has not widely been criticized for using antitrust practices to maintain its dominance in the Web search industry.

“Using Google is a choice—and there are lots of other choices available to you for getting information: other general-interest search engines, specialized search engines, direct navigation to websites, mobile applications, social networks, and more,” the company said.

But in recent months the company has faced greater scrutiny, from foreign regulators in Europe to state attorneys general. According to the Financial Times, Google faces inquiries by the attorneys general from New York, Texas, California, and Ohio.

Late last year, the European Commission, a top regulator in the European Union, launched an investigation into Google’s practices in Europe after complaints from several smaller Web search engines.

That inquiry, according to competition Commissioner Joaquín Almunia, attempts to clarify whether Google gave preferential treatment for its own products in searches and discriminated against other customers.

The action in Europe began as complaints from two German-language news publishers B.D.Z.V. and V.D.Z. complained that Google was not indexing their results according to its guidelines.

“From our point of view Google is no longer a mere search engine but filling the result pages with more and more [of its] own content,” B.D.Z.V. and V.D.Z. said in a statement last December.

Today, it is facing inquiries from the FTC, which has jurisdiction over antitrust. For Google and the government regulators, if the federal government seeks to bring legal action against Google, both can look to Microsoft for precedence.

In 1998, Microsoft faced an antitrust lawsuit stemming from its allegedly using its dominance in the PC operating system platform to push its Web browser, Internet Explorer. That lawsuit lasted more than three years before the parties settled in 2001.

A similar judgment in the European Union against Microsoft was reached in 2004, when the EU ordered Microsoft to pay close to $800 million and develop a version of Windows operation system without Windows Media Player and include information for users to use competing products.

If the Microsoft actions were of any indication, expect a long, dragged out process of taking Google to task.