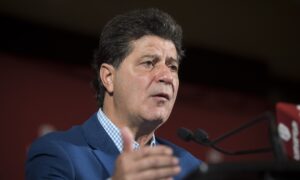 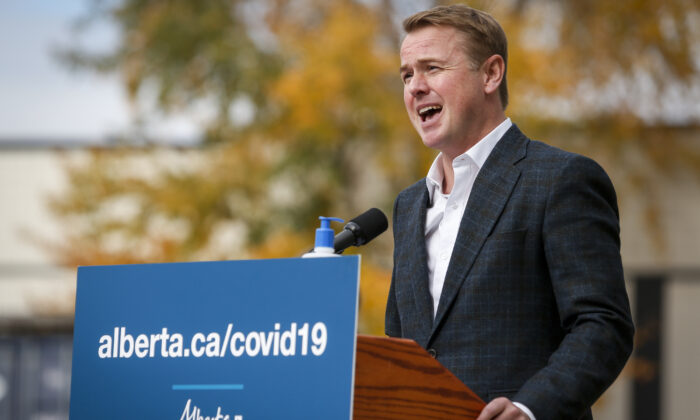 Front Line Hospital Workers Walk Off the Job Across Alberta

Alberta Health Services says it is “responding quickly to illegal strike action” as hospital and other health-care workers across Alberta walked off the job Oct. 26 to protest recent cuts by the United Conservative government.

“We have reached out to staff to ask them to return to work and end the illegal strike. AHS has made an application to the Labour Relations Board today to formally ask the board to direct the affected employees back to work. All AHS sites remain open,” AHS said in a post on Twitter on Oct. 26.

The strike comes after Alberta Health Minister Tyler Shandro announced earlier this month that about 11,000 jobs would be cut by the provincial government. The majority of those cuts would come through outsourcing to third-party companies in departments such as laundry, community labs, housekeeping and food services, which is expected to save the province $600 million per year.

Guy Smith, president of the Alberta Union of Provincial Employees, said in a news release that members are trying to defend jobs and protect the public health-care system.

“Nursing-care and support workers decided today that there was no other option but to fight to protect Albertans at risk, especially during the deadliest pandemic in a century. By constantly short-staffing public health care, this government is pushing our members to the breaking point exactly when Albertans need them most,” said Smith.

The union represents about 58,000 health-care workers, although it wasn’t clear how many have walked off the job. There were reports of picketing outside the Royal Alexandra Hospital in Edmonton, Foothills Hospital and the South Health Campus in Calgary, as well as at dozens of other sites across the province.

AHS, which delivers health care in the province, said in a statement it’s responding quickly to the walkout to try to mitigate patient care interruptions.

“AHS is enacting contingency plans to redeploy non-union staff, including managers, wherever possible to cover for missing staff. AHS is monitoring the situation closely to try to mitigate patient care interruptions.”

The statement said some surgeries and ambulatory care clinics are being postponed due to the strike. All emergency procedures will continue as well as some urgent surgeries, such as cancer procedures.