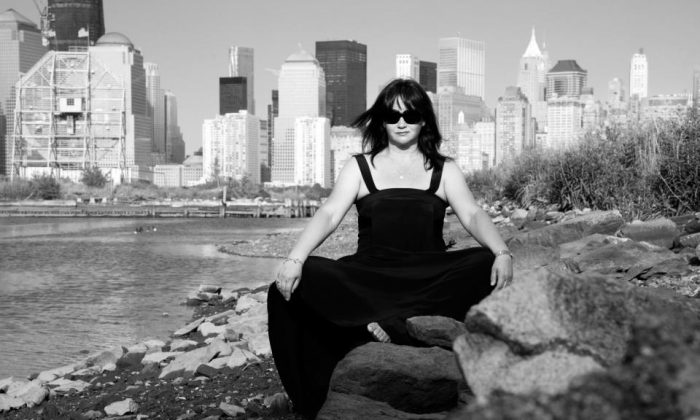 NEW YORK—Irina Shmeleva was a successful actress in Russia before coming to the United States. She played a part in “Kin-dza-dza!,” a famous and poignant satire film, which miraculously made it through numerous layers of Russian censorship.

Shmeleva came to the United States 14 years ago and became a real estate broker last year. She is nowa broker at Weichert Realtors Residential.

Shmeleva grew up in Kushva, Sverdlovskaya Oblast, near the Ural mountains in Russia. She had a happy childhood, playing sports and dancing. She was the captain of her school’s volleyball team and once traveled to Moscow to try out for the Olympics in short-distance running.

Although she pretended to be studying chemistry, Shmeleva always knew she wanted to become an actress. She traveled to Moscow and tried out for the nation’s top acting university three times. After failing twice she was determined to make it the on the third try.

When Shmeleva was reading her material in front of the admissions panel, one of the panelists was eating a chocolate.

“I was reading a poem and I was thinking I need to read it in such a way that she would stop eating it. So I had a special goal to make her stop eating. And as I was reading she stopped.”

Shmeleva made it into the school on the third try. She was hired to play in a theater upon graduation and starred in many movies before moving to the United States.

Coming to the United States

Shmeleva’s husband, a software engineer, was invited to the United States to work on a project and stayed for five years. He called Shmeleva after five years and asked her to join him. She first arrived in Marlborough, N.J., a neighborhood with a strong Russian presence.

Shmeleva’s work prior to becoming a broker was mostly in marketing. She was the marketing director for a prominent Russian radio station and eventually founded her own company.

Shmeleva’s husband always nudged her to try real estate, but she never did.

“I had a dream when I was a child. When I was very little, I would always look in the windows in different houses when walking by. I thought that I would like to be a mailman and go into all these different apartments to see how people live. I was always curious.”

Shmeleva said her husband is very supportive and she eventually followed his advice and decided to start working in real estate. After becoming certified in New Jersey she then applied for a license in New York, a process that she said was much easier.

Shmeleva’s first client was a young couple buying their first home. After showing them tens of properties, the couple eventually found a two-bedroom in New Jersey.

Shmeleva said she has had many different clients and that she isn’t limited to just Russians. She had a great time working with Indian clients, and she is currently showing properties to a Chinese buyer who is looking for a two-bedroom apartment with a den in Manhattan in the $2.5 million range.

“There isn’t enough inventory anywhere,” said Shmeleva. “Manhattan and Jersey City especially. There are bidding wars. It’s very difficult to see something you like, so if you see something you better grab it and run.”

Despite the difficulties with the market, Shemeleva has been doing quite well. She converted 12 percent of her leads, compared to a 2 percent average company-wide. She attributes some of her success to the support from her company.

“Weichert has the best training ever. They train you all the time,” said Shmeleva.

Smeleva’s manager asked her how she does so well and she wasn’t sure. But the head of Weichert Lead Network told her that she is a “rockstar” because she is great at talking to people after reviewing her phone calls.