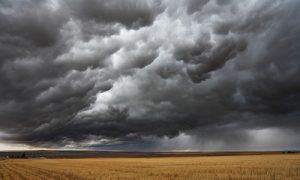 5 of the Craziest Science Facts Out There, Part 2
0 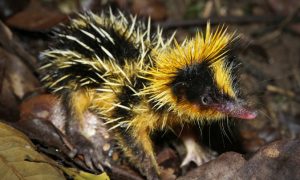 21 Strangest, Weirdest, Ugliest, Creepiest Animals in the World
0
Beyond Science

From Flying Stones to a Divine Motorcycle: 4 of India’s Strangest Phenomena

4. Jodhpur Boom: Unexplained Sounds in India and Across US

What was described as a “sonic boom” shook Jodhpur, northwest India, on Monday Dec. 17, 2012, at 11:25 a.m. Sonic booms are caused by the shock wave generated by an aircraft moving at supersonic speed. It sounds much like an explosion. The precise source of the boom in Jodhpur, however, remains a mystery.

Defence spokesperson Colonel S.D. Goswami told Times of India that the army did not know the cause. The army would not engage in activities that would cause a sonic boom so close to populated areas, Goswami said, because it is against regulations; it could cause damage.

Earlier in December, unexplained booms were heard across the United States from Arizona up to Rhode Island.

CBS 5 News reported that on Dec. 4, 2012, residents in several communities in central Arizona reported strange booming sounds. The United States Geological Survey (USGS) reported no significant earthquake activity to create the booms, and fire and police officials were unable to find a cause.

To add to the mystery, residents further reported a low, droning, humming noise coming from the water.

In Warwick, Rhode Island, the police department received nearly 100 phone calls about a loud noise that sounded like a explosion on Monday, Dec. 3, 2012, reported the Warwick Beacon. It occurred at about 11:20 p.m., and “to add to the mystery, residents further reported a low, droning, humming noise coming from the water that began about an hour or so after the initial boom was heard,” reported the Beacon.

Booms were also reported in Texas and Georgia around the same time.

In the town of Kodinhi, southwestern India, twins are far more common than anywhere else in the country and six times more common than the global average. About 2,000 families live in the village, and there are more than 220 pairs of twins.

Villagers say the increase in twins began about three generations ago. No major differences in diet has been observed between villagers and other people across Kerala State. Dr. Mukunda Varma of the local Primary Health Centre told DNA India that he thinks the phenomenon should be studied further, but he has not observed any biological peculiarities in the village to explain it.

In the village of Khed Shivpur, western India, a boulder chiseled out of a nearby mountain attracts many visitors. The stone weighs about 200 pounds (90 kilograms) and is kept at a holy site dedicated to a Sufi Muslim who arrived in the area some 900 years ago, Hazarat Kamar Ali Darvesh.

When exactly 11 people surround the stone, each placing one finger below it and shouting out the name of Hazarat Kamar Ali Darvesh, the stone is said to quickly rise as though it were weightless.

All you feel is the weight of a single rose petal on the finger when lifting the stone.
— L.S. Pawar

“It’s a miracle. All you feel is the weight of a single rose petal on the finger when lifting the stone,” a local flower vendor, L.S. Pawar, told India Today. Pawar said that if 12 people do it instead of 11, or if two fingers are used instead of one, “The stone won’t budge an inch.”

Masood Mujhawar, who takes care of the site, told India Today: “It’s an ordinary boulder. Every two years or so it breaks up. Then I cut another one from the hills here … and install the new stone on the pile of pebbles.” Each new boulder seems to have the same effect.

1. The Bike Came Back

Om Singh Rathore died when his motorcycle crashed into a tree along a stretch of highway known for frequent accidents in Pali, northwest India, on Dec. 2, 1988. Rathore, also known as Om Banna, is now worshiped as a deity and his Royal Enfield Bullet is considered divine.

Om Banna is now worshiped as a deity and his Royal Enfield Bullet is considered divine.

Local lore has it that the motorcycle was brought to the police station after the crash. But the next day the bike was inexplicably missing from the station and found back at the scene of the crash. The bike seemed to make this mysterious journey from police custody multiple times, even after the police chained and locked the bike in place at the station.

Om Banna is now considered a protector of people driving on that road and a shrine has been built up around the accident site where his motorcycle remains. Locals say fewer accidents have occurred since that time and those who have had accidents have reported seeing a man on a motorcycle who helped them.