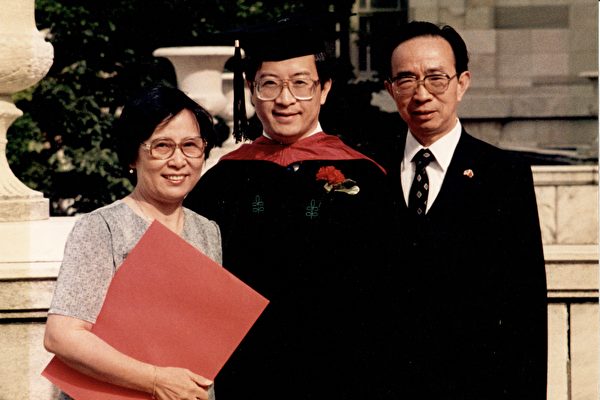 From Escaping China to Renouncing the Party: Author Recounts Living Under ‘Red Terror’ During Cultural Revolution

“Half a century ago, at the peak of the Cultural Revolution, when Mao Zedong’s cult of personality was the worst, that is, when the red terror was the worst … fear, suppression, [students going] to the mountains and the countryside; it was like firing a gunshot, a collective mobilization—slipping across border—became a mass movement,” Kent Wong said.

Wong is the author of a new book release, “Swimming to Freedom: My Untold Story of Escaping the Cultural Revolution.”

He was a Chinese refugee who swam to Hong Kong from the Chinese border in the south during the Cultural Revolution. Hong Kong was a popular destination for those who longed for liberty in the 60s.

In a recent interview with the Chinese language edition of The Epoch Times, Wong recounted his process of coming to terms with the nature of the Chinese Communist Party half a century ago.

After his father was classified as a rightist, Wong, a hard-working student, was immediately was labeled as a member of the Black Camp, a bad element.

He witnessed how the so-called “people’s enemies” were executed.

He said, “You don’t know how fear would affect people. That night the entire village—even the dog didn’t bark—was as quiet as a dead person.”

It was a time when the young generations were encouraged to go to the mountains and villages to learn from the farmers and workers, abandoning their education.

Gradually, people realized the cruelty of the communist regime, and a large-scale movement of escaping to Hong Kong quietly unfolded.

Wong said, “It was not just supported by the parents. Even cadres at the local party committee didn’t intervene. I believe many of them were deeply upset with the regime, because their children or relatives were also in the mountains or countryside.”

According to Wong, the resistance was very obvious at that time. Basically, all the potentially “illegal emigrants” in Guangdong stopped going to the rural areas. “With our parents’ support, we just gathered and talked about the escape plan every day,” he said.

The four steps included passing the checkpoints of the police and militia, hiding in the daytime with someone to bring food over at night, climbing over the mountains, and finally crossing the sea to Hong Kong.

Wong remembered the six routes by heart. He said that the determination and the vast majority of people organizing and joining the great escape were too huge to believe.

Wong said that the sentiment of rejecting the Cultural Revolution was very high, but the terror of traitors kept everyone on high alert and no one dared to talk about it.

According to Wong, the red terror was so severe that hundreds of thousands of people fled to Hong Kong, but rarely would anyone write about it. The terror overshadowed the rest of their lives. With much pain and regret, he said, “It’s unfortunate that they buried the pain in their heart. When they passed away, history was left with a blank.”

The “Rooftop Underground” was a small group of his friends who joined the plan to escape. Rooftop referred to the gathering place on a rooftop of a building, and underground was meant for the stowaway who was kept secret for fear of getting exposed.

“Voice of America” was what they would listen to during the gatherings when they met to discuss the plan to escape. He said, “After seeing the red terror, the stowaway really had nothing to fear about.”

Wong said, “When you are at your most difficult, painful, and disappointing [moment], you will think a lot,” referring to how he had transformed during the first couple of years in the countryside.

He believed that only by awakening would people gain the strength to endure the unthinkable hardships.

Admiring the bravery of the younger generations, Wong believed their acts only told one fact: No matter what suppression tactics the regime would adopt, “People’s aspirations for freedom, equality, and opportunity will never be suppressed.”

Since the book “Xi Jinping’s Quotations” was made available in 2018, the regime demanded cadres to study the book, which was said to carry the essential philosophy of current party leader Xi Jinping. This reminded Wong of the time when the Chinese were required to study “Chairman Mao’s Quotations” during the Cultural Revolution more than half a century ago.

He said, “They can force it, but they can’t win the heart.”

More than 386 million Chinese have departed from the Party by renouncing the CCP and its affiliated organizations since the “Nine Commentaries on the Communist Party” (Nine Commentaries) was first published in November 2004 by the Chinese edition of The Epoch Times. This series details the CCP’s propaganda, persecution, famine, massacre, tyranny, and censorship since its founding.

Liu Feilong was one of those who was inspired by the Nine Commentaries. He was shocked by the brutalities committed during the Party’s history. “I am determined to withdraw from this evil Party. I am ashamed of it,” he said, “It’s sickening just thinking that I once raised my fist and vowed to devote my life to this evil organization,” the Chinese Epoch Times reported.

Yi Liufei also withdrew from the Young Pioneers, the youth version of the CCP that children are forced to join. “I hope that one day, all Chinese people are able to get rid of the cruel and authoritarian regime,” he said.