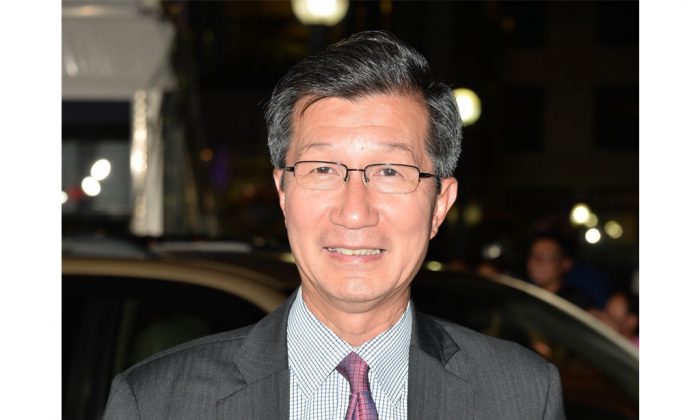 An unusual trend is playing out in some federal Liberal Party riding nominations as a group of men with close links to the Chinese regime do their best to support some Chinese candidates.

The Globe and Mail reported the unusual party nominations in Toronto’s suburbs in August, where Mandarin-speaking Chinese with powerful backers have been leveraging their Chinese community connections in a bid to win riding nominations.

Among those supporting candidates in the nominations is Ontario’s Liberal immigration and trade minister Michael Chan. Chan backed Geng Tan, a prominent Chinese community leader who secured the nomination for Don Valley North in Toronto.

Chan is known for his frequent trips to China and close ties to the Chinese regime.

Other Chinese reports reveal that while in China in 2008, Chan met Su Xiaoyun, a high-ranking official with the CCP’s United Front Work Department, an organization that, among other things, aims to expand the influence of the Party by infiltrating foreign countries. Chan met with Su again at an event organized by the Chinese consulate in Toronto in 2010, according to Chinese reports.

The Globe reported that Geng Tan only won his nomination because the vote was delayed, allegedly at the request of Chan. It also reported that Tan won solely with the help of registering Chinese supporters to vote in the nomination.

Arnold Chan, who was elected in Scarborough-Agincourt in a federal by-election in July, was formerly Michael Chan’s Chief of Staff. Chan backed his former staffer throughout the campaign.

Michael Chan’s presence in some of these riding nominations is paired with Toronto Chinese businessman Ping Tan who sat on the board of the Toronto branch of the Bank of China, a Chinese state-owned bank. Tan has also been the executive chair of the National Congress of Chinese Canadians (NCCC), a nationwide pro-Beijing association, since 1991.

Tan made the news in 2008 for his public support of the crackdown in Tibet in the run-up to the Olympic Games in Beijing. At that time he was one of 32 overseas members of the National Committee of the Chinese People’s Political Consultative Conference, an advisory body to the CCP reserved for close and trusted supporters of the regime.

According to Chen Yonglin, who was the first secretary at the Chinese consulate in Sydney, Australia, until he defected in 2005, the NCCC is at the top of a pyramid of groups set up by the Chinese embassy and consulates in Canada.

Their goal, Chen said, is to control and influence the Chinese community as well as the Canadian government. Chen made the statements during a nine-day visit to Canada in 2007.

The NCCC regularly lobbies the Canadian government and campaigns for chosen candidates in elections. It has run into controversy in the Chinese community over its handling of donations for the Sichuan earthquake in 2008.

The NCCC denies that it works for the CCP or any political power and threatened to sue Epoch Times for reporting Chen Yonglin’s comments to that effect.

The organization made headlines in 2010 for its vocal criticism of former CSIS head Richard Fadden when he raised concerns over foreign influence over some Canadian politicians.

Among the issues Fadden raised was that some politicians and public servants have a long-standing relationship with Chinese operatives and have no idea they are being used to advance Beijing’s interests.

Before Fadden backed away from his comments in response to criticism from groups like the NCCC, he said that some Canadian officials are already under the influence of foreign regimes.

“You invite somebody back to the homeland. You pay [for] their trips and all of a sudden you discover that when an event is occurring that is of particular interest to country ‘X,’ you call up and you ask the person to take a particular view,” Fadden said in an interview with CBC in 2010.

Fadden did not comment directly on the influence of the NCCC, but he did point to the issue of China’s Confucius Institutes.

Ping Tan has publicly defended the state-funded Chinese culture and language schools that form partnerships with overseas schools. The institutes have run into controversy for giving a censored version of Chinese culture and history in line with that of the Chinese regime.

Chris Bolton, former chair of the Toronto District School Board, resigned in June after a deal he made to bring Confucius Institutes to Toronto schools sparked controversy.

The Globe noted in its report that Liberal leader Justin Trudeau’s decision to hold open nominations for the ridings provides a new opportunity for prospective Liberal candidates to cinch a spot on the roster.

That means the established riding associations and memberships can be easily overrun, even with single-ethnicity supporters.

In Geng Tan’s case, he took the nomination with three times the support of presumed front-runner Rana Sarkar. The Globe reported that Sakar had the support of 95 percent of the riding’s executive.

There is at least one other Chinese candidate challenging a Liberal nomination in Greater Toronto that Tan and colleagues of his at the NCCC are supporting. Look forward to those details in future coverage.