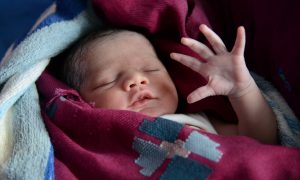 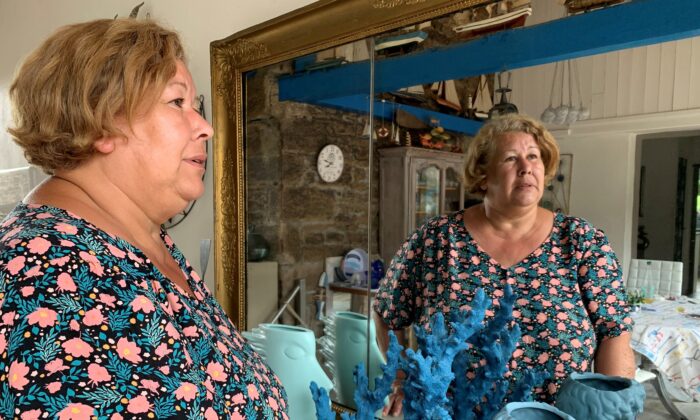 Jeanne Pouchain poses during an interview with Reuters at her home, detailing the ordeal she has been leaving through since being declared dead by a judge, in Saint-Joseph, near Lyon, France, on Aug. 30, 2021. (Cecile Mantovani/Reuters)
Europe

SAINT-JOSEPH, France—Declared dead by a French court in 2017, Jeanne Pouchain has spent the past four years trying to escape a bewildering legal twilight zone and prove to officialdom that she is in fact very much alive. She says the experience has been devastating.

“My name was Jeanne. It still is Jeanne, after I’ve been declared dead in 2017,” says the 59-year old, smoking cigarette after cigarette. She breaks into tears at times when recounting her ordeal—and what she plans for when she will officially be “alive” again.

It all started, Pouchain recalls, when the family received a letter four years ago from a court saying mistakenly that she was dead and that her husband and son had to pay for money she was alleged to have owed.

The letter was part of a complicated legal procedure launched by a former employee of Pouchain’s cleaning business and, unlike what they had assumed at first, it was not easy, or quick, to clear up the error.

Pouchain, unable to work and afraid to leave her house because she had no valid ID or social security number anymore, started living as a recluse. Some of the family’s belongings were seized by court bailiffs, while all their savings, and more, went into trying to get things back to normal.

“My life, well, it’s nothing. I feel I’m of no use. I’m nothing and I’m of no use. And this is hard,” Pouchain says, speaking to Reuters in the house she shares with her husband Pierre-Jean in a small village near Lyon, in south-east France.

But with the courts looking at her case again, Pouchain and her husband have begun to have some hope again.

Although it may still be months before her bid to get the case against her revised, and for a judge to officially recognize that she is not dead and should never have been considered dead, she has drawn up a list of what she wants to do when that happens.

After years of hardships, the priority will be her health.

“I know exactly what I will do … I will get a health check, because I know some things are wrong with my body,” she said, adding that, because she could not get proper treatment for lack of a valid social security card, she has only six teeth left, among a series of health issues.

Her other dream is simply to be able to enjoy life again, at home, with her husband.

“During the day, I manage to feel more or less alive, but my nights are awful. I wake up after an hour and a half because it haunts my nights,” she said.

Her husband, Pierre-Jean Pouchain, while speaking of how hard this all has been, also wants to be optimistic.

“Hope is what makes us carry on,” he said. “Eventually, the outcome will necessarily be in our favor.”

“It will take the time that is needed,” he added, “but we’re not asking for something extraordinary … on some things there can be doubts but, between dead or alive, there is no doubt.”