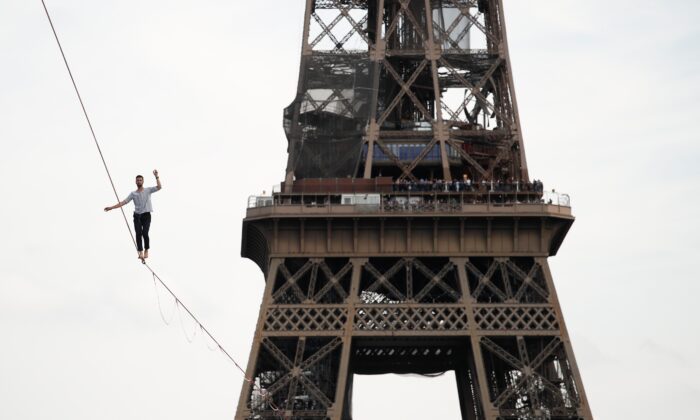 French acrobat Nathan Paulin walks on a slackline between the Eiffel Tower and the Theatre National de Chaillot as part of events around France for National Heritage Day in Paris, France, on Sept. 18, 2021. (Benoit Tessier/Reuters)
Europe

PARIS—Slackliner Nathan Paulin drew applause from a watching crowd in Paris as he completed a 600-meter crossing on Saturday from the Eiffel Tower to the other side of the river Seine.

Paulin, 27, moved along the slackline suspended 70 meters above the ground, at one point sitting and lying on the rope before arriving at the Chaillot Theatre at the end of the half hour performance.