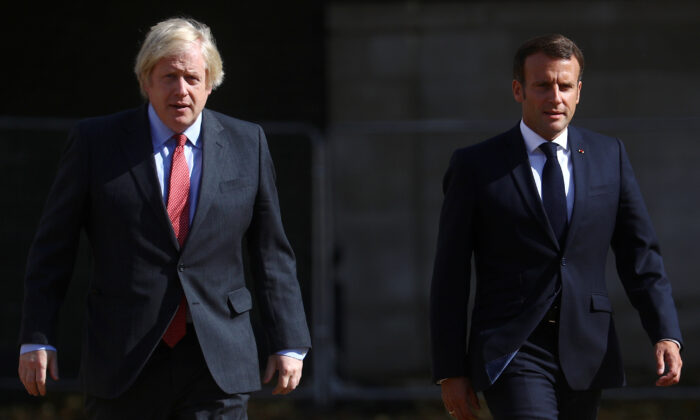 PARIS—French President Emmanuel Macron spoke over the phone on Friday with British Prime Minister Boris Johnson, said Macron’s office, during which Johnson had told Macron that Britain wanted to restore its cooperation with France.

The leaders agreed to keep talking about issues such as the Northern Ireland Protocol, a statement from Johnson’s office said.

The phone conversation between the two leaders came just days after Johnson had told France to get a grip and give allies in the United States and Australia a break over a row about a trilateral nuclear submarine deal that tore up a separate French contract.

Macron replied to Johnson that he would wait to see the British Prime Minister’s proposals, added Macron’s office.

France’s ambassador is set to return to Washington, after Macron spoke to U.S. President Joe Biden this week.