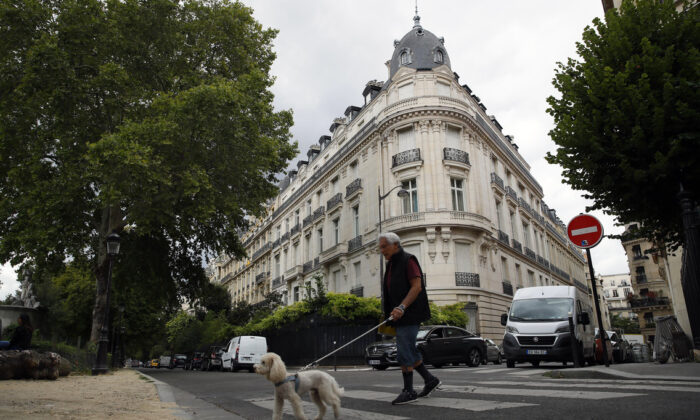 French authorities started a fresh appeal for witnesses and victims of deceased sex offender Jeffrey Epstein to come forward, just a day before the UK’s Prince Andrew gave a rare interview rebutting claims he had sex with a teenage girl who alleged she was trafficked by Epstein.

The latest appeal, begun on Nov. 15, was more detailed than the previous call for evidence that French police announced in September. This time, the message had an English translation accompanying it, which said in part that French police are investigating “the conduct of Jeffrey Epstein and his connections,” although authorities didn’t disclose names.

The renewed effort comes after alleged victims of Epstein told The Associated Press they were disappointed with the limited scope of police efforts to track down witnesses, including one of Epstein’s associate, French modeling agent Jean-Luc Brunel. Brunel has denied any wrongdoing and told AP via his lawyer that he’s willing to cooperate with investigators.

Epstein had a residence on Avenue Foch in Paris, one of the city’s most exclusive addresses in the 16th district, near the famous Arc de Triomphe monument. When Epstein was arrested in July in New Jersey, he had arrived on a flight from Paris. Prosecutors in New York noted that Epstein maintained a number of “luxury properties and residences around the world.”

One of Epstein’s accusers, Virginia Roberts Giuffre, has alleged that Brunel procured women, some of them minors, for sex with Epstein and other people, luring them with promises of modeling work.

Brunel was a frequent companion of Epstein, who flew on his plane and visited him in jail in Florida, according to U.S. legal records. Epstein pleaded guilty in Florida in 2008 to state charges of soliciting a child for prostitution under a nonprosecution agreement that required him to spend 13 months in jail and register as a sex offender.

French police commissioner Philippe Guichard, whose office is leading the probe, told AP the initial appeal in September had only a limited impact. The investigation is broadly probing possible charges of rape of minors 15 and older, sexual aggression, and criminal association; prosecutors have yet to name any suspects.

Martin Weinberg, one of Epstein’s lawyers, didn’t immediately respond to a request for comment from The Epoch Times on the renewed French effort.

Two criminal defense attorneys, in the wake of Epstein’s death, told The Epoch Times previously that new indictments are expected as the case shifts to focus on unnamed co-conspirators. They said if the government was investigating Epstein to such a degree that they were able to make an arrest, it can be assumed that federal prosecutors were also gathering evidence on those in his inner circle.

As Prince Andrew rebutted claims he had sex with Giuffre in a rare televised interview with BBC broadcast on Nov. 16, British media criticized his comments, likening his performance to a public relations disaster for failing to show empathy for the convicted sex offender’s alleged victims.

The BBC’s Emily Maitlis grilled Andrew on the details of an alleged encounter in March of that year, when Giuffre says she dined with the prince in London, danced with him at the Tramp nightclub, then had sex with him at a house in the tony London neighborhood of Belgravia.

The 59-year-old prince also said he had “no recollection” of ever meeting Giuffre, adding that there are “a number of things that are wrong” with her account. He also suggested that a picture showing him with his arm around a teenage Giuffre may have been faked.

Andrew said he regretted staying at the financier’s home in Manhattan after Epstein’s earlier 2008 conviction in Florida.

“That’s the bit, that … I kick myself for, on a daily basis, because it was not something that was becoming of a member of the royal family,” Andrew said.