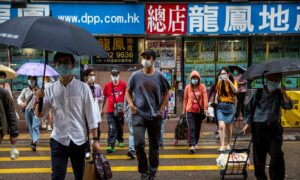 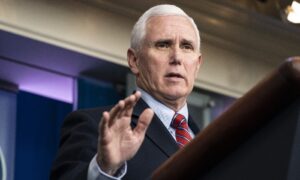 French National Attacked in Shanghai After Chinese Death in Paris

SHANGHAI/PARIS—France‘s consulate in Shanghai said on Friday that a French national was assaulted in the city with a knife this week and urged the French community in China to be vigilant.

The attack on Wednesday came days after police in Paris shot a Chinese man dead in his home, triggering protests in parts of the French capital and demands by Beijing for an explanation, though the French consulate drew no connection between the two incidents.

The shooting of 56-year-old Shaoyao Liu at his apartment in Paris last Sunday has caused violent anti-police protests in his neighborhood and some other parts of the French capital.

It was not immediately possible for Reuters to verify the report. The French radio station said it had obtained a note written by the French internal intelligence services.

Dozens of people have been tear-gassed and arrested by riot police in Paris during skirmishes in the area where the Chinese man was shot dead. There have also been peaceful protests by members of the French-Chinese community over the incident.

France‘s consulate in Shanghai said on its website that the French victim was attacked in a violent assault by a man who fled after a Chinese colleague intervened. The attacker was later arrested by the Chinese police, it said.

“The French embassy and consulate-generals are in constant contact with the Chinese authorities to remind (them) that the security of French nationals in China is a priority,” it said.

Valerie Niquest, an Asia researcher at the French Foundation for Strategic Research, told franceinfo that China’s closely-controlled media and internet had relayed the Paris incident, with some media labeling it a case of French police racism, and made it available to 100 million Chinese people.

There have been contradictory reports by police and family about the circumstances of the killing of Shaoyao Liu.

Police said they acted in self-defense after they were called to investigate noise at the slain man’s apartment.

His 21-year-old daughter, who refused to give her name but says she was one of four children present at the time, told reporters that her father was killed when he opened the door to police with a scissors in his hands because he had been preparing a fish dinner when the door bell rang.