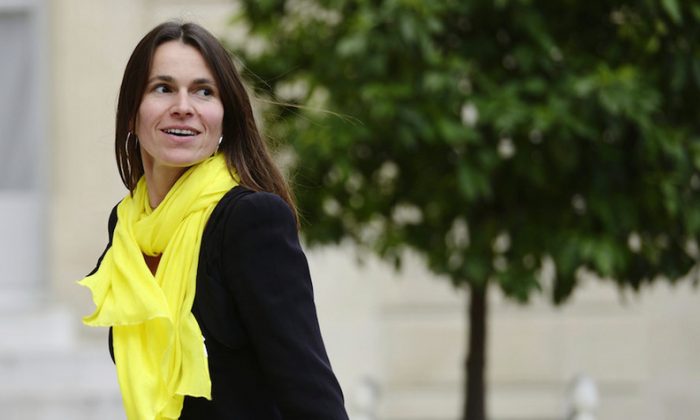 Aurélie Filippetti has warned against the threat posed by the American giant Amazon against literary and cultural diversity. (Getty Images)
Europe

French Ministry of Culture at War With Amazon

PARIS—A new chapter in the struggle between American giant Amazon and the French Minister of Culture started on August 12. Aurélie Filipetti declared in the newspaper Le Monde that the practices of the online sales website represented a “threat against access to books”.  Already harshly criticized for its tax evasion and inhumane working conditions, the number 1 in online sales is under fire again. As an example of success in a monetary world that has become more and more virtual and being one of the Internet’s “Big Four”, Amazon focuses all the negative effects of modern logistics.

On July 8, 2014, a new law came into being that forbids Amazon from offering free shipping costs and a 5 % discount on books that are not shipped to a physical store. This law has had a limited effect. The American company quickly reacted by putting the shipping price to one cent, the minimum price allowed by law. This brought the previous legislative process into derision. To defend herself, the French Minister of Culture explained that it was a “political battle” and called these initiatives “banderillas we will continue to plant in the flanks of Amazon”.

On December 11, 2007, Amazon lost a lawsuit against the Union of French Bookstores and had to pay €100,000 because of the free shipping fees. The Union’s mission is the “defence of moral and material interests of its subscribers by promoting cultural diversity and valuing the work of booksellers as social and cultural leaders”. The Union estimated that prohibiting discount practises would preserve the freedom of choice for readers.

The first Parisian department stores were developed at the beginning of 19th century.  The 21st century has been marked by an upheaval in the consumers’ habits. Viewed as a third Industrial Revolution, the quick blooming of leading online stores and new “smart” operating systems managed by computers through the internet have given birth to the Internet “Big Four”, such as Apple, Google, and Facebook.  They have gradually and globally improved the human activities and interactions.

Created as an online bookstore by Jeff Bedos in 1994, Amazon quickly offered a huge choice of titles. The accessibility of several concurrent sources gave it a reputation of neutrality. Its model of online business, with shipping centres at the cutting edge of technology, was viewed as beneficial for the development of E-business in 1999. Soon, the negative side also quickly emerged: unfair competition, inhumane and frightening working conditions, gigantic ambitions, etc.

Recently, a group of 900 top-selling authors in the world called on Amazon to ²stop undermining the livelihood of authors and stop discouraging customers to order or find books that are not part of its online catalogue².

Bryce Milligan from Wing Press in Texas even took it a step further by stating that Amazon would try to eliminate distributors first, and then publishers and independent booksellers, in order to become the only link between the reader and the author. Amazon is quite similar to Google, which offers access to all sources of information in its search engine.  Finally it manages, through a selection of algorithms, to facilitate access to the most visited contents, thus creating a disturbing hegemony of major accounts.