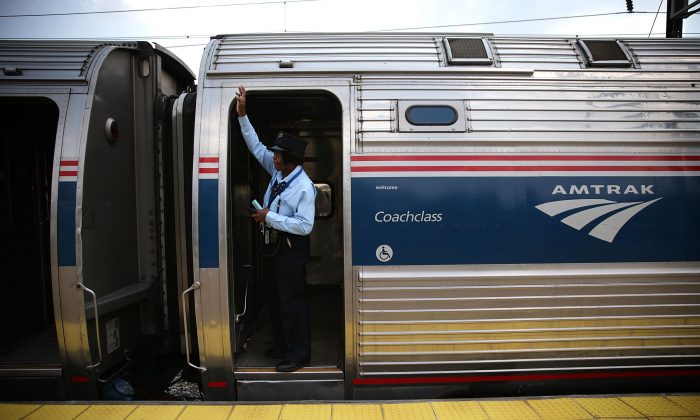 WASHINGTON—Widespread disruptions of freight and passenger rail traffic are likely if Congress doesn’t extend a deadline to start using certain safety technology before the end of the year, railroads are warning.

Freight and passenger railroads have said in letters to Senate Commerce Committee Chairman John Thune (R-S.D.) that they won’t have the technology—known as positive train control, or PTC—in operation by Dec. 31, the deadline set by a 2008 rail safety law.

The technology automatically stops trains to prevent collisions with other trains or derailments due to high speeds. By the deadline, the technology is required to be in operation on all tracks used by passenger trains and to transport chemicals that are toxic to inhale.

Amtrak relies on freight rail tracks for much of its operations outside the Northeast, as do many commuter railroads.

Sarah Feinberg, head of the Federal Railroad Administration, has said her agency intends to enforce the 2008 law, including imposing fines on railroads that don’t meet the deadline.

To avoid the fines, some freight railroads said they may halt the chemicals shipments and stop allowing passenger trains to use their tracks.

Operations across our entire network will likely be compromised by congestion and effectively shut down.
— Carl Ice, president, BNSF

Cities might have to do without chlorine to purify drinking water and farmers without fertilizer, he wrote Thune. Chlorine and anhydrous ammonia, used to make nitrogen fertilizer, are two of the mostly frequent toxic-by-inhalation chemicals shipped by rail.

“Operations across our entire network will likely be compromised by congestion and effectively shut down,” warned Carl Ice, the president of BNSF, formerly Burlington Northern-Santa Fe. “BNSF would do whatever is reasonably possible to mitigate this impact, but the consequences for the economy and for our company would be substantial.”

The Senate passed a sweeping transportation bill in July that includes a provision to extend the PTC deadline at least three years and possibly longer. The House is working on its own version that is also expected to include an extension.

However, pressure on Congress to pass a transportation bill has lightened following a new forecast by the Department of Transportation that the government won’t have to halt or slow highway aid to states through June of next year. That’s because Congress shored up the federal Highway Trust Fund with an $8 billion infusion in July. Also, the annual decline in construction during the winter months means there will be fewer requests from states for reimbursement from the fund. The previous estimate for when the fund’s balance would drop below the cushion it needs to keep payments flowing to states was in mid-December.