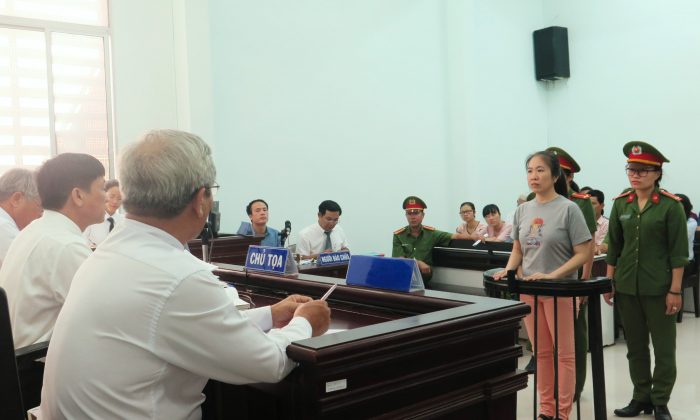 Free Speech on the Internet Under Attack

The internet, while providing platforms for many and information to all, is also a threat to oppressive governments. These governments have recognized this threat and are finding ways to push back.

Vietnam recently put a new cybersecurity law into effect. The law, which the National Assembly passed in June 2018, seems modeled on one already in place in China. It criminalizes criticism of the government and puts strict controls on tech companies operating in that nation. Companies such as Facebook and Google are now supposed to open offices in Vietnam, store data locally, verify user information, and disclose user data to authorities without a court order.

Of course, the government-run Vietnamese media described the purpose of this law as protecting “national security and [ensuring] social order and safety on cyberspace, and responsibilities of agencies, organizations and individuals.”

In speech on New Year’s Day, Vietnamese Prime Minister Nguyen Xuan Phuc said: “Mass communication efforts must be stepped up to create ‘social consensus.’ Those abusing the freedom of information and free speech, causing harm to the interests of the State and citizens, would receive appropriate punishments.”

The reality, however, is that the law is an enormous threat to the civil liberties of Vietnamese citizens. The government can ban critical speech, and it can get information about those who posted it. That’s not a good thing.

According to Human Rights Watch’s deputy director for Asia, the new law was “designed to further enable the Ministry of Public Security’s pervasive surveillance to spot critics and to deepen the Communist Party’s monopoly on power.” He said, “Anyone who uses the internet in Vietnam will have zero privacy.”

There is no reason to think that the government will hesitate to use the new law to its fullest extent. A popular Vietnamese blogger, Nguyen Ngoc Nhu Quynh, was arrested at least twice by the Department of Public Security due to her online protests of the Vietnamese government’s corruption and human rights violations. Authorities arrested her for the first time in 2009, but she was released after spending a short time behind bars. In 2016, she was re-arrested, tried, and convicted of “conducting propaganda against the Socialist Republic of Viet Nam.” She was sentenced to 10 years in prison.

Quynh’s arrest gained attention after U.S. first lady Melania Trump presented her with a 2017 International Women of Courage Award (in absentia). Fortunately, Quynh was released late in 2018 after serving around two years in custody and she was granted asylum in the United States. Unfortunately, that was not the end of online speech suppression in Vietnam.

Shortly after Quynh was released, fellow dissident Nguyen Dinh Thanh was sentenced to seven years for “spreading anti-state materials.” According to state media, the former medical student was guilty of printing anti-government leaflets to be distributed at nationwide protests. In fact, more than 55 bloggers, protesters, and Facebook users were jailed for expressing their opinions in 2018 alone. That year, Reporters Without Borders ranked Vietnam as 175th out of 180 countries in its index of press freedom.

This suppression of speech takes place despite the Vietnam constitution, adopted in 2013, which provides in Article 25 that: “The citizen shall enjoy the right to freedom of opinion and speech, freedom of the press, of access to information, to assemble, form associations and hold demonstrations. The practice of these rights shall be covered by the law.”

All of the press in Vietnam is state-owned, at least in part. Thus, while national laws provide that reporters have a legal right to gather information, those same laws require the media to be a “forum for the people”—in other words, a mouthpiece for the Communist Party. Vietnamese journalists are legally required to “propagate the doctrine and policies of the Party, the laws of the State, and the national and world cultural, scientific and technical achievements” of the nation.

Criticism of the Communist Party or the reigning government is prohibited. The penal code even forbids “making, storing, or circulating cultural products with contents against the Socialist Republic of Vietnam.” It is not clear exactly what that means, but that may be the point. When a speech restriction is overly vague, speakers tend to self-censor. That is why such laws are unconstitutional in the United States. It may also be why they are in place in Vietnam.

Vietnam’s Central Propaganda Department meets each week in Hanoi with officials from the Ministry of Information and Communications, Ministry of Public Security, newspaper editors, and publishers. Each newspaper’s performance in the preceding week is evaluated. Those that followed Party guidelines are commended, while those that did not are reprimanded or punished.

The Communist Party also monitors foreign language publications that are available in Vietnam. Foreign journalists are required to seek permission from the Ministry of Foreign Affairs before they start any journalistic activities. Occasionally, foreign newspapers and magazines have been reprimanded or even made to recall issues that were deemed disrespectful to the state. Some foreign publications even have resident governmental censors to make sure nothing that could be deemed objectionable gets published.

Beyond simple humanitarian concerns, these laws are of concern to people outside Vietnam; because the lure of censorship is great, the practice is spreading, and internet censors in any one nation can impact freedom in every nation.

Many European nations already prohibit speech that is offensive to race or personal dignity. Some of them also criminalize statements that minimize the Holocaust. Last year, France’s parliament passed a law empowering judges to order the immediate removal of “fake news” during election campaigns. While these may on the surface seem like good things (French President Emmanuel Macron supported the legislation in his nation), giving any government the power to control speech is dangerous.

French politician Julien Rochedy said of the new law in a tweet, “The French state finally has a monopoly on truth and mass diffusion. It can legally censor anything it doesn’t like. The return of the 1930s.”

European regulators already pressure American tech companies to control and suppress some forms of speech. According to regulators, companies will face new laws and potential financial liability if they do not comply. As a result, a wide array of protected speech, including political criticism and newsworthy content, may be removed from online platforms around the world.

American internet providers have traditionally resisted pressure to restrict expression, but there are signs that they cannot hold out much longer. In Vietnam, Facebook and Google are really only pushing back against the localization requirements.

A CATO Institute report noted that American tech companies have tailored speech policies to European norms rather than American ones, not because of market forces, but because of threatened legislation. Perhaps most surprising, Apple, which once fought to protect the confidential information of its users (even if they were terrorists), has been much more willing to cooperate with authorities in recent times.

Free press and free speech are the best defenses against an overreaching government. Governmental control over expression is dangerous. When that control is over a worldwide platform like the internet, the threat is enormous. That’s why encroachments upon free speech on the internet must be opposed, wherever and whenever they take place.