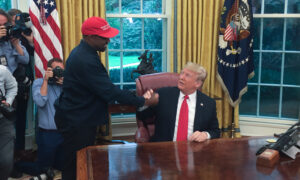 What Trump Needs to Do to Reach Black Americans
0 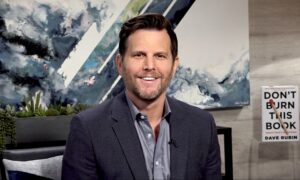 Dave Rubin: Is “Social Justice” Collapsing During this Coronavirus Outbreak?
0 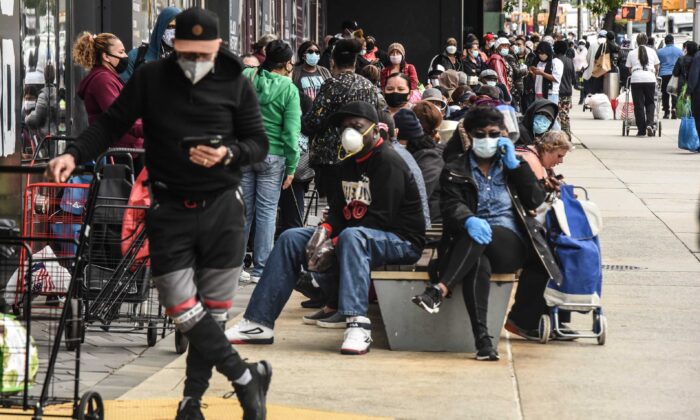 People wait on a long line to receive a food bank donation at the Barclays Center in the Brooklyn borough in New York City on May 15, 2020. (Stephanie Keith/Getty Images)
Viewpoints

Free Enterprise Is the Best Way to Help the Black Community

President Donald Trump is fully aware that if he can garner even 20 percent of the black vote, he will greatly improve his chances of victory in November.

In this regard, he’s counting on the low unemployment rates for African Americans (before efforts to combat COVID-19 created joblessness for practically everyone), and is opening up new field offices in 15 black communities. To this end, he might also consider the following:

Support the police; support profiling—The black community is suffering from many maladies. There are not really more black men in prison than at university, but it’s way too close. Black Lives Matter focuses on white policemen killing African Americans, but most such deaths are the result of black-on-black murders. If we can wrestle the crime rate down to the ground, all people will benefit, particularly African Americans who bear a disproportionate share of this needless violence.

End the U.S. welfare system—It throws more money at young unmarried pregnant women than the fathers of their children could earn—provided the latter are not “in the house.” Before the advent of President Johnson’s “Great Society,” family formation was similar across the races. At present, roughly 70 percent of black children are raised in non-intact families, overwhelmingly female-headed (the white rate is about 25 percent). The much-maligned male parent has an important role to play; the absence of African American dads in the home is causally linked with all sorts of negative sociological indices: crime, lack of education, deaths, illegitimate births, abortions, etc. Malcolm X bitterly opposed this pernicious system.

Stop the drug war—Under alcohol prohibition, young Italian men shot each other over sales turf. Nowadays, young African Americans perish from this source. All drugs, without exception, should be immediately legalized. Yes, these addictive substances are harmful. But so is alcohol. Anyone want to go back to the days of prohibition of beer, wine, and bathtub gin?

Repeal the minimum wage law—Union members compete with the unskilled, who are disproportionately black. There is no better way to eliminate their participation in the labor force than by pricing them out of the market. Raise the minimum wage to $15, and the unemployment ratio of young blacks to adult whites will no longer be merely quadruple. It will be much higher. Quintuple anyone? Sextuple? How high can you go?

Unemployed youth are bored. “Idle hands are the devil’s workshop.” Allow them employment at lower wages, rather than joblessness at higher pay, and crime will beckon less.

Revoke compulsory and public education—This institution was initially set up at the turn of 20th century as an attack on Catholics by the Protestants. The latter opposed the “popery” of the former, taught in their private schools. The Protestants didn’t have enough political power to eliminate them entirely. Instead, they made the Catholics pay twice over: once for their private schools, and, a second time, through taxes, for public schools.

These kids would be far better off working as apprentices, which they would be fully qualified to do, absent any vestige of a minimum wage law. For those children who didn’t see public education as a prison sentence, that is, who actually enjoy education, or, at the very least, are more than willing to put up with it, there’s homeschooling, online programs, and scholarships for needy children who want to learn and are ready for this experience.

Would these remedies completely solve the problems of the black community? Of course not. But they would significantly improve matters. Families would start to form again, there would be less black crime, more employment, and fewer needless and tragic black, and also white, deaths.