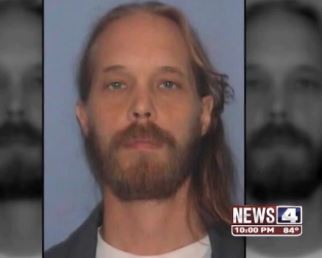 Frederick Buettner, convicted of crimes against children in both Missouri and Illinois, escaped from a halfway house from St. Louis in May 2013, and police still haven’t found him.

Buettner was sentenced to 10 years in prison starting in 2004 after pleading guilty to raping his daughter. It was previously reported that she was between the ages of 3 and 5 at the time, but the Illinois state child sex offender website says that the victim was 17 at the time.

Buettner was transferred to a halfway house when he was released, and then he escaped.

Heather Claxton, the mother of Buettner’s daughter, told KMOV that she and her daughter are afraid to leave their house because he could be lurking nearby.

“He’s a dangerous individual and no one is safe as long as he is out there,” she said.

“It’s the worst nightmare I can imagine living through, knowing he’s out there and stalking us or someone else, it’s terrifying.”

Her daughter is having trouble sleeping and is scared Buettner might retaliate since she alerted authorities to the abuse.

State officials said that Buettner is still on the run but officials are actively hunting and tracking down people he might know and places that he might be.

Buettner is described as 5-foot-11 and 155 pounds, with blonde or strawberry-blonde hair and a tattoo of a tiger head on his back.

Anyone with information about Buettner’s location should call police.