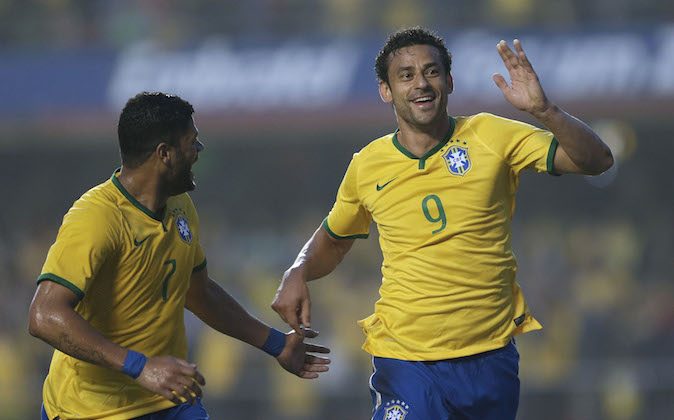 SAO PAULO— Striker Fred scored early in the second half to help Brazil defeat Serbia 1-0 in its final warm-up before the World Cup on Friday.

Brazil was struggling and fans were jeering the squad when Fred found the net from inside the area in the 58th minute at a nearly packed Morumbi Stadium. He chested down a cross by Thiago Silva and hit a right footed shot as he fell in between two Serbian defenders.

Brazil coach Luiz Felipe Scolari used the same team that is expected to play in the opener against Croatia on Thursday.

Nearly 70,000 people attended the match at the Morumbi for the final warm-up, more than the 61,000 expected for the opening match, which will also be played in Sao Paulo.